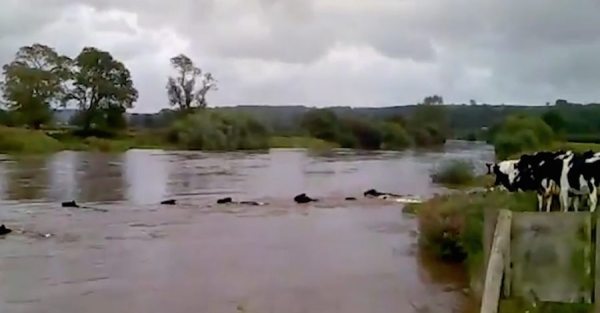 Texas is still reeling from Hurricane Harvey. The storm claimed over 80 lives and caused billions of dollars in damage, including nearly 500,000 vehicles. It’s important to remember that the loss of all these cars equals more than just damaged property. The car is a lifeline, allowing people to work and travel. Because 0f their importance, the state of Texas has elected to get ahead of a common consequence of hurricanes, formerly swamped cars ending up back on the market.

Authorities in the state took control of the Texas World Speedway and the Royal Purple Raceway to house the nearly half-a-million totaled cars and trucks. @texasaerials on Instagram took a DJI drone over the racetrack to document the scale of the destruction, which is astounding.