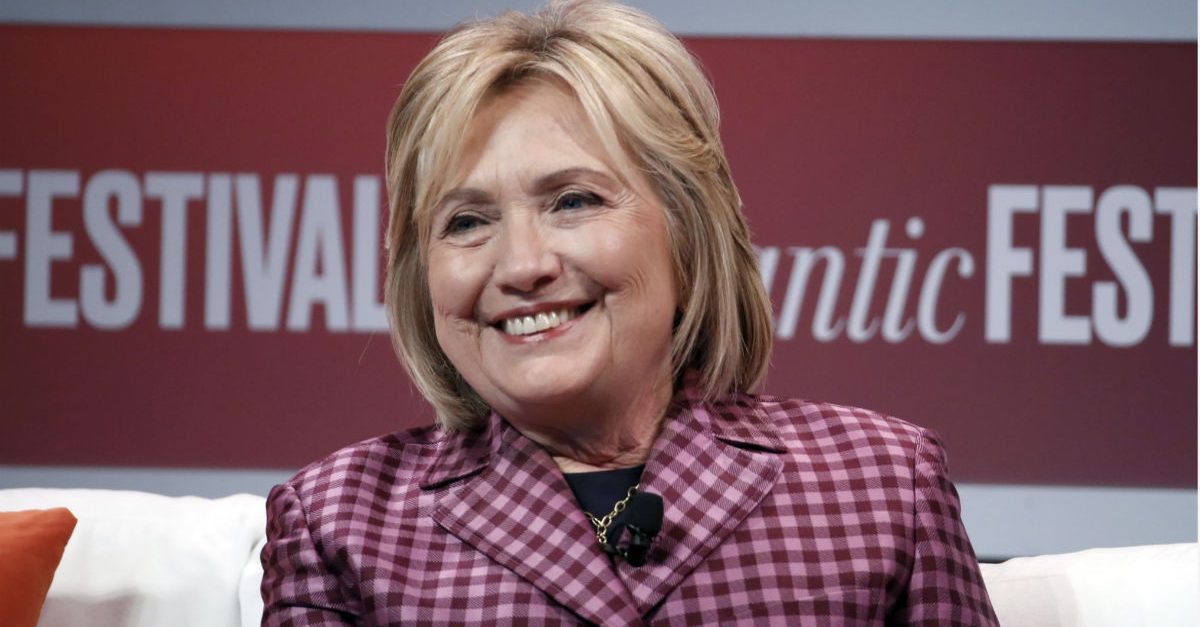 JERSEY CITY, N.J. (AP) ? Hillary Clinton appears to have been unharmed when the Secret Service vehicle she was riding in was involved in a crash.

The 2016 Democratic presidential candidate was headed to a fundraiser for U.S. Sen. Bob Menendez of New Jersey in Jersey City on Tuesday night. The vehicle pulled into a parking garage, made a left turn and hit a concrete crossbeam.

Clinton emerged from the van and walked to the fundraiser, where she was the featured guest.

The Secret Service says no injuries were reported, and the Jersey City Police Department is investigating.

In its accident report, police say the driver told them she drove into the garage and struck a concrete crossbeam that was not marked with its height. All passengers refused medical attention.

Read More: Dale Earnhardt Jr. Distanced Himself from The King?s Anthem Remarks with His Most Noticed Tweet Ever