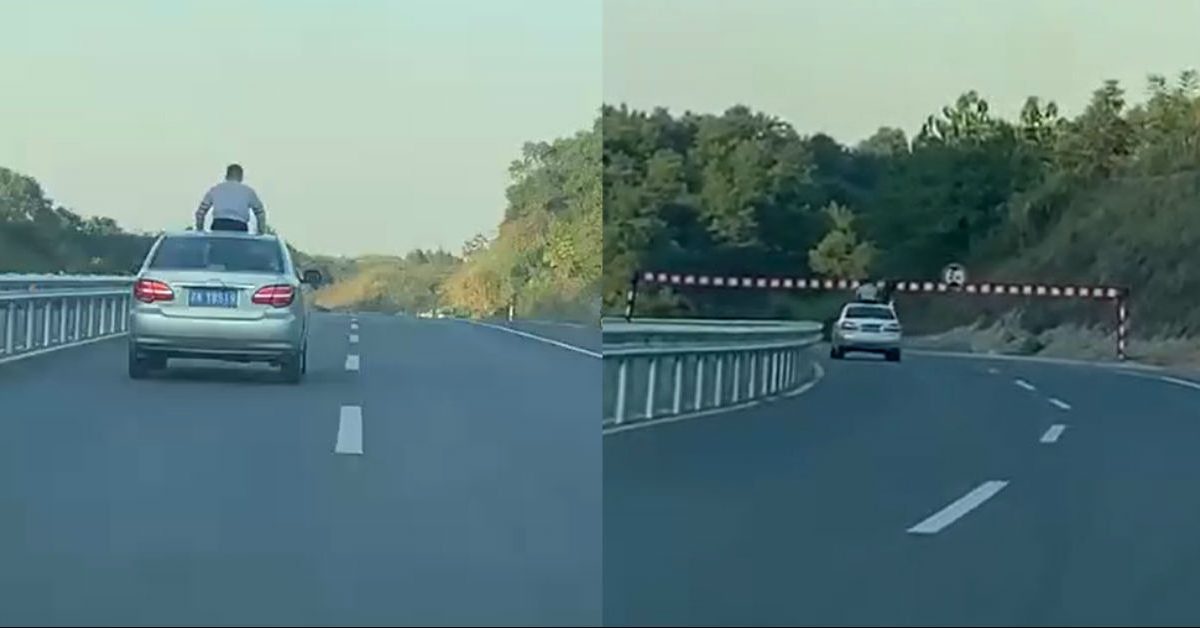 Warning: The below video shows the actual death of a teenager and may be shocking or offensive to some viewers.

Back in October 2018, A Chinese teenager’s decision to stick his body out of a car sunroof ended up being a tragically fatal one. The 13-year-old boy, known by the surname Zhong, was instantly killed when his head struck a height clearance bar.

According to police in Xinyu, which is a city in southern China’s Jiangxi province, Zhong’s death was believed to be an accident, though authorities still conducted a detailed investigation following the fatality.

Read More: Check out the Crazy Moment Caught on Surveillance Video That Shows a BMW Crash Through a Dealership in China

The accident was captured by a car traveling behind the one Zhong was in.

In the video, one man could be heard saying “Look, there is the height limit bar,” while another male voice comments, “It’s going to be bloody.”

After seeing Zhong collapsing, the first man then screams “ahhhh, he really hit it.”

The victim was traveling in a car driven by a driver with the surname Yuan, the police said.

According to China Central Television Station, Yuan is not related to Zhong, but Zhong’s guardian was sitting in the car behind.

The police are yet to confirm whether either of the two men heard in the footage is Zhong’s guardian.

Needless to say, it doesn’t really get much more shocking or tragic than this. Especially considering the fact that the kid’s guardian witnessed the whole thing in a different car and was pretty much powerless to do anything, even when he saw the car headed straight for the clearance bar. Awful. Just absolutely awful.

Read More: Check out the Terrifying Footage That Shows a Woman?s Head Get Run over by a Concrete Mixer Truck in China