Glider Crashes into Connecticut Home After Pilot Runs out of Power 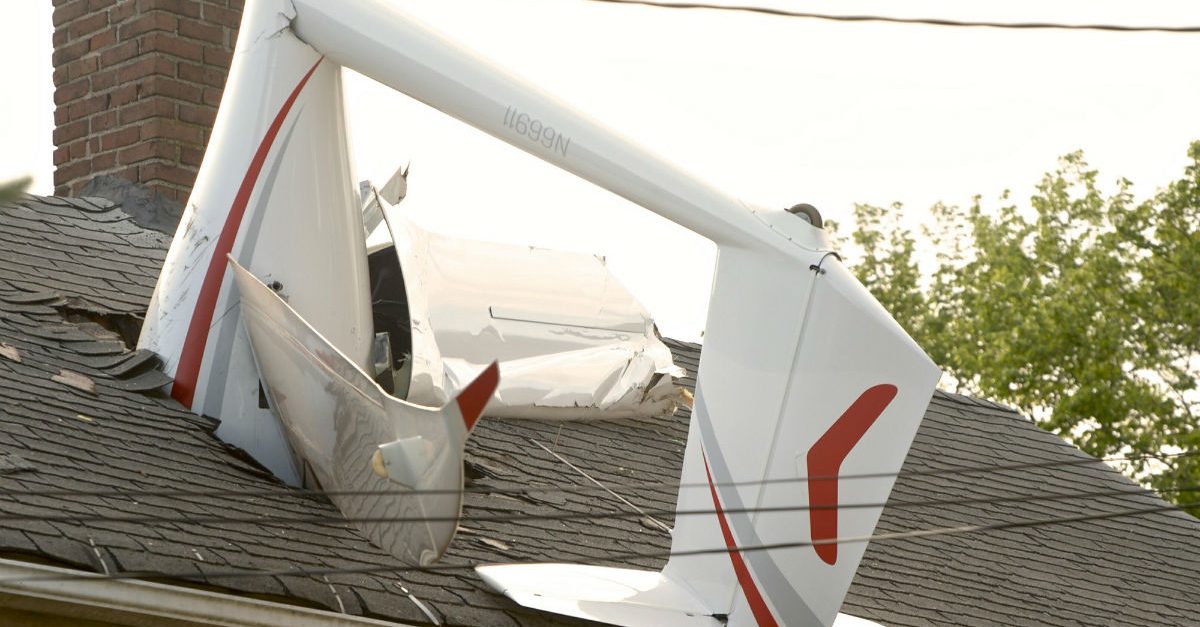 DANBURY, Conn. (AP) ? A battery-powered glider crashed into the roof of a Connecticut home, injuring the pilot and scaring a mother and her two children who were watching TV.

Neighbors described hearing a small explosion when the aircraft hit the home in Danbury Tuesday night and became partially embedded in the attic. Mayor Mark Boughton tells The News-Times that neighbors found the pilot walking around looking for his glasses.

The aircraft had taken off from Danbury?s airport earlier in the day and the mayor says the pilot thought he had 20 minutes of power left and was headed for the airport. An airport official says he ran out of power.

Fire Chief TJ Wiedl says the glider mainly uses the power to take off and, if needed, in flight.

Read More: Feast Your Eyes on the Most Bizarre Roadblock of All Time