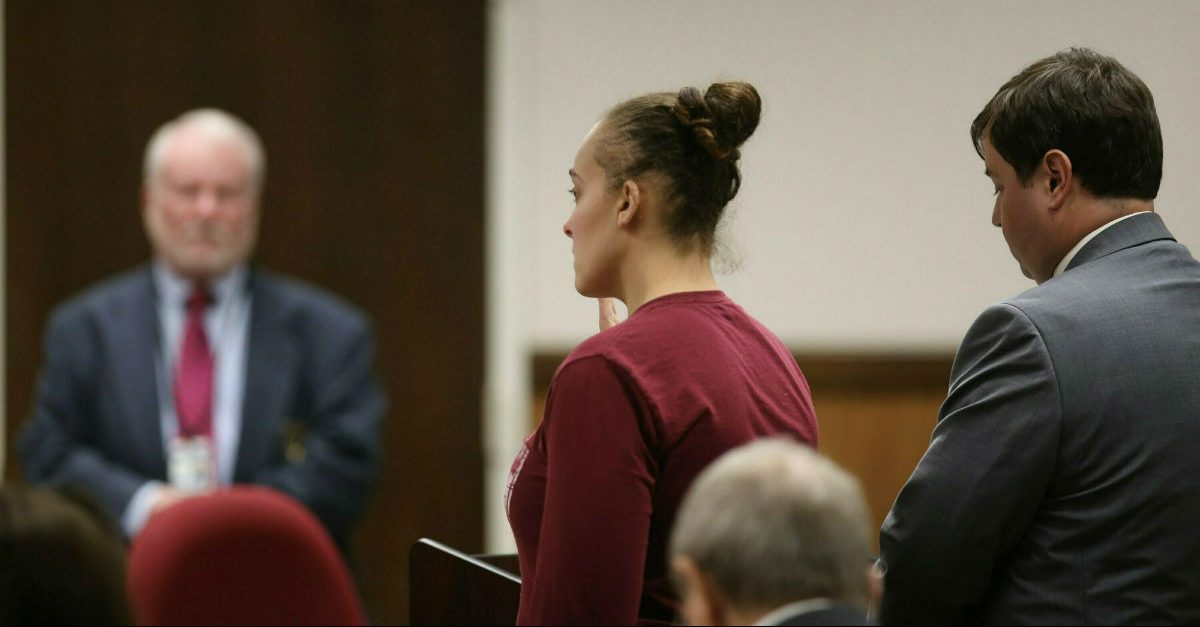 BILOXI, Miss. (AP) ? A former Mississippi Gulf Coast police officer told a judge Monday that she had sex with her supervisor and then fell asleep while her 3-year-old daughter was dying inside an overheated patrol car.

Cheyenne Hyer died Sept. 30, 2016, after her mother left her strapped in a car seat for four hours while Barker was with her then-supervisor at his home. The car was running with the air conditioner turned on, but wasn?t blowing cold air.

The girl was unresponsive when Barker returned. Authorities say Hyer?s body temperature was 107 degrees when she arrived at a nearby hospital.

?I don?t know what I could ever do to you that could be worse than what you?ve already experienced … You will forever be entombed in a prison of your own mind,? Bourgeois said to Barker.

Barker had been free on bail but was arrested Monday after pleading guilty.

Barker, who was working two jobs at the time, originally claimed she had been talking to Clark Ladner at his house early on a hot weekday morning when she fell asleep. Ladner and Barker were fired by the city of Long Beach within days. Ladner hasn?t been criminally charged, telling officials he didn?t know the girl was in the car. Reports at the time indicated Ladner told officials he had taken a sleep aid and also fallen asleep.

The mother had left her daughter alone in a car at least once before, at a store in nearby Gulfport in April 2015. Police responded and child welfare officials took temporary custody of the girl at the time. Barker was suspended from the Long Beach police for a week without pay. The girl?s father, Ryan Hyer, said he was never notified of that first incident.

?Every time I close my eyes, I picture her suffering and then I picture her laying in this coffin,? Ryan Hyer said Monday. ?I still see her smiling and laughing in my head and I would assume that smile and laughter turned to pain and suffering in that instance.?

The father is suing the Long Beach Police Department and the Mississippi Department of Child Protection Services for the wrongful death of his child, saying the child welfare agency should have taken stronger action after the first incident.

?As a parent, you are supposed to protect your child, and Cheyenne is gone because her mother didn?t protect her, not once but twice,? Hyer said.

Barker herself was hospitalized after the girl?s death for what officials described as shock. A psychological exam showed Barker suffered from post-traumatic stress disorder attributed to childhood trauma and her daughter?s death. She was found competent to stand trial.