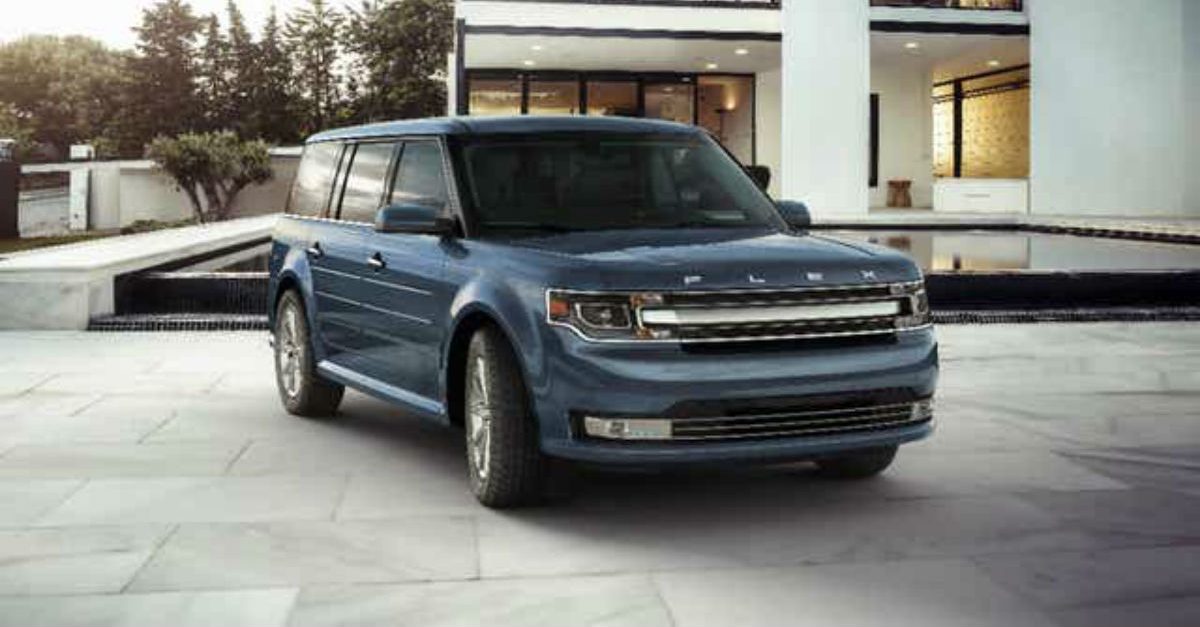 In 2008, the full-size crossover SUV with the boxy body style known as the Ford Flex went into production. Now, after 11 years, Ford is killing off the Flex, which had a cult-like following, but failed to put up sufficient sales numbers over the past few years.

In an official statement, Ford Motor Company said that the Flex’s discontinuation is part of the automaker’s “plan to strengthen its focus on products in the heart of the fastest-growing segments.” The statement added that the Flex “gained a loyal following as a stylish, roomy wagon blending sport/utility vehicle and minivan capability in a low-slung retro-inspired package.”

Ford killing off the Flex crossover is also part of its plan to bring in newer SUVs, such as the Ford Bronco revival and an electric crossover/Tesla killer inspired by the Mustang.

The Ford Flex is officially dead… We say a heartful goodbye: https://t.co/wCTeHx8Rx7 pic.twitter.com/5plAgK7WBS

“People who own the Flex love it, but it became almost a cult vehicle and the numbers were just too small,” Michelle Krebs, an analyst at car-buying site Autotrader, told USA Today.

The Flex also struggled in a saturated market of three-row SUVs, with the Volkswagen Atlas, the Kia Telluride and the Hyundai Palisade all debuting in the last few years.

Ford sold more than 296,000 units of the Flex, which is built at the Oakville assembly plant in Ontario, Canada, alongside the Ford Edge and Lincoln Nautilus.

Ford to layoff about 450 workers at plant in Oakville, Ontario. It says the job losses are the result of ending production of the Ford Flex and Lincoln MKT. The layoffs will take place early next year; the cuts will leave the plant with just under 4,000 workers.

Read More: Chevrolet vs. Toyota Tug of War: Place Your Bets on the Winner

First unveiled at the 2007 New York International Auto Show, the Ford Flex went into production in 2008 and debuted for the 2009 model year. Its styling was based on the Ford D4 platform, while the Flex’s chassis shares its underpinnings with the 2005-2007 Ford Freestyle, 2008-2009 Ford Taurus X, and the 2012-present Ford Explorer.

The Flex was launched with three trim levels: the base SE, the mid-level SEL, and the premium Limited.

The SE trim level is only available with front-wheel drive and comes with a Duratec 3.5-liter V6 engine. It is equipped with such features as six-speed automatic transmission, a six-speaker audio system, aluminum interior trim panels, and keyless entry.

Available in either FWD or AWD, the SEL trim level added an A/M-F/M stereo with satellite radio, Ford SYNC (an in-vehicle communications/entertainment system that is bluetooth accessible, smartphone compatible, and was later upgraded to the Ford Sync 3), a seven-speaker audio system, a security system, and automatically controlled two-row air conditioning.

When they were first introduced, Flexes were equipped with either six or seven-passenger seating configurations, with the seven-passenger vehicles including bench seats for the second-row seats.

For the 2013 model year, major body upgrades were introduced, including a single-bar grille with FLEX spelled out above it. The Flex’s dashboard was also updated, and a new three-spoke steering wheel was added.

In 2015, the Ford Flex saw a sharp decline in sales and could never really recover.