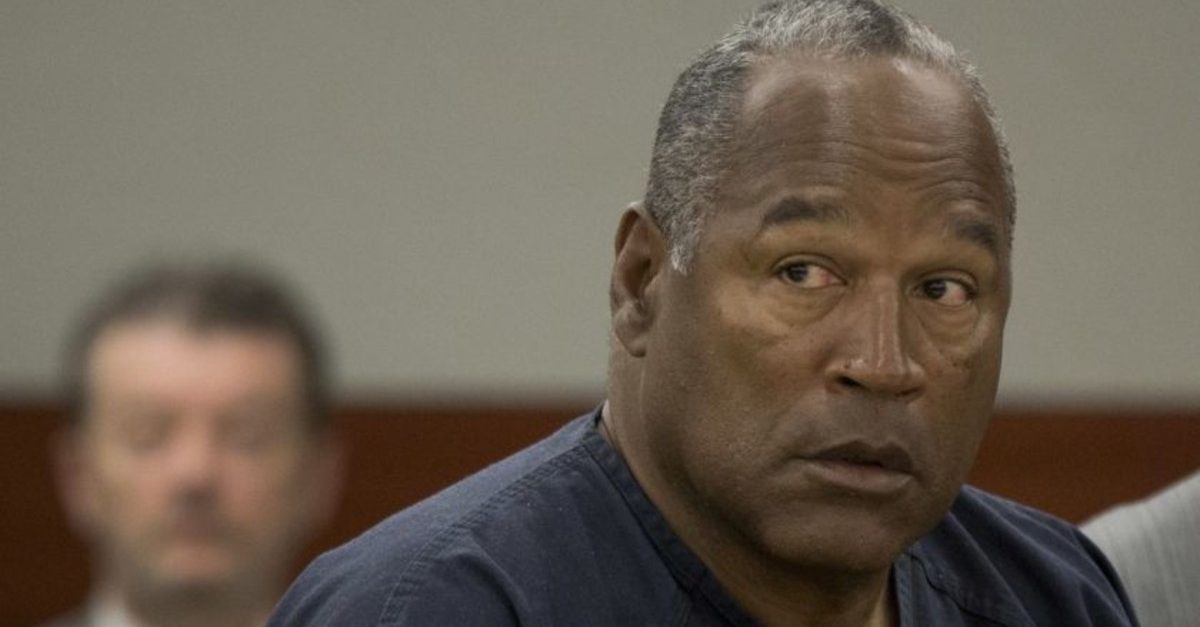 Nearly a week after announcing the new Ford Bronco’s release date, Ford Motor Company has announced that it would, yet again, be pushing the unveiling back a few days. Originally scheduled for a July 9th debut, the new Bronco SUV will instead be unveiled on July 13.

The reason behind the move? July 9th is O.J. Simpson’s birthday. On June 17, 1994, the former football player and actor famously led police on a high-speed chase in a white Ford Bronco, following the murders of Nicole Brown Simpson and Ron Goldman. Simpson was eventually acquitted of all charges.

UPDATE: The reveal of the all-new Ford Bronco lineup will now happen on Monday, July 13. The previous targeted date of July 9 unintentionally coincided with O.J. Simpson’s birthday. We wanted to be sensitive and respectful of this concern.

This post was updated on June 22 to include new release date.

When Ford Motor Company discontinued the Ford Bronco in 1996, many speculated that it was because of O.J. Simpson’s infamous white Bronco chase. Well, now the year is 2020, and the new Ford Bronco is finally coming back. The official debut date? July 9. Which, just so happens to be…O.J. Simpson’s 73rd birthday. You really can’t make this stuff up!

The new Bronco had initially been set to have a Spring 2020 release, though this was pushed back due to the coronavirus pandemic.

The “Bronco rides again,” reads the announcement on Ford’s website.

“Way back in 1966, Ford introduced its original SUV and cut a trail to the great outdoors that would be followed by generations of Americans,” the site says. “And now, Bronco is coming back, strapped with thrilling power and go-anywhere capability, uniquely equipped to carry true adventure seekers deep into the wild and untamed places their souls long to be.”

According to Jiyan Cadiz, a Ford spokesman, the new Ford Bronco debut ?date is purely coincidental.?

Ford officially announced the return of the compact SUV in January 2017, but since then, it’s been a fairly plodding development process.

When the teaser video dropped for the new Ford Bronco in November 2019, a debut date of spring 2020 was announced, giving a timeframe between March 19 and June 20. However, this was pushed back due to the COVID-19 pandemic.

During the debut, we?ll apparently get to see the two-door and four-door versions of the revived SUV with the Bronco pickup and Bronco Sport, a.k.a. the “Baby Bronco.”

The new Bronco will be produced at the Ford assembly plant in Wayne, Michigan, which is the current production site of the Ford Ranger and also where the original Broncos were manufactured from 1966-1996.

Sharing its platform with the Ranger, the new Bronco will have a retro styling, as well as removable roof and removable doors like the Jeep Wrangler. Its powertrain will likely consist of a 2.3-liter turbo-four engine, producing 270 horsepower and 310 lb-ft of torque, and a 10-speed automatic transmission.

In early November 2019, Ford unveiled the Ford Bronco R, a racing version of the production Bronco that will compete in the Baja 1000 in Mexico on November 22. Design-wise, it’s inspired by the original, mid-’60s Broncos, with peaked front fenders, the uniquely-shaped wheel openings, and a rectangular grille with “BRONCO” written across it.

The beastly off-roader also comes with four-wheel drive, an independent front suspension, a twin-turbocharged EcoBoost engine, and a roll cage.

There have been rumors that Ford will release a Bronco pickup variant in 2024 to compete with the Jeep Gladiator. The pickup would likely be a sleeker, more expensive version of the Ranger, with a focus on off-road capability.