Experts Predict Thousands of Cars to Be Damaged by Hurricane Florence 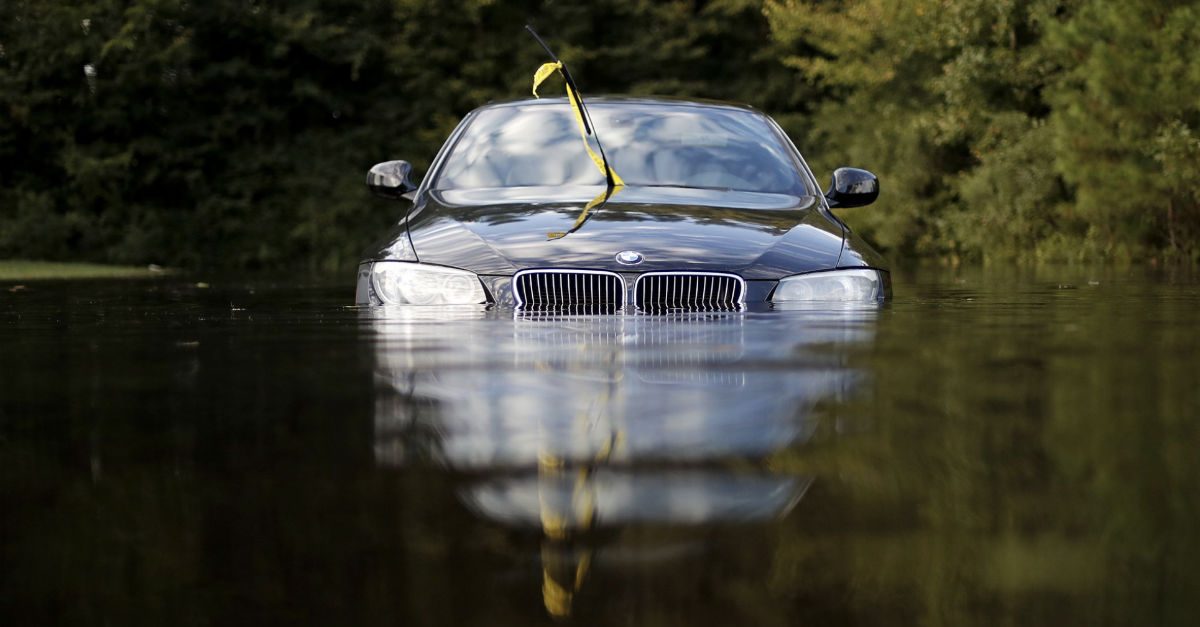 As flooding continues in the Carolinas after Hurricane Florence’s massive rainfall, experts say high water will damage thousands of vehicles.

But auto industry analysts say the number of soggy vehicles will be far less than the roughly 700,000 damaged by Hurricanes Harvey and Irma in Texas and Florida last year, largely because there are fewer people and cars along the Carolina coast.

Also, Florence followed the expected path, making evacuations more successful and keeping more vehicles out of harm’s way. Still, Florence is being blamed for at least 37 deaths in three states.

Kelley Blue Book Chief Economist Jonathan Smoke estimates that 20,000 to 40,000 vehicles will be damaged or destroyed by Florence, while Anil Goyal, executive vice president of operations at Black Book, which tracks used sales and values, predicts 20,000, maybe less. Both are waiting to make final estimates as swollen rivers crest Wednesday and Thursday.

State Farm, one of the largest U.S. auto insurers, said it had 1,630 auto-related claims from the Carolinas as of Wednesday. That certainly will rise as flood waters recede and people return to their homes.

Smoke and Goyal say the storm damage will drive up used vehicle prices at least on the East Coast as people replace damaged cars.

Here are answers to questions about what will happen to damaged vehicles and how to handle your car in the aftermath of the storm.

Here's what to do if your car is swept away by water https://t.co/g8xRb3mdKp #HurricaneFlorence pic.twitter.com/U8v47wc0m3

Q: SHOULD I START MY CAR IF IT’S BEEN FLOODED?

A: No, in almost all cases. If the car was only in a few inches of water that didn’t rise past the bottom of the body, then maybe. Water higher than that can get into wires, transmission parts, the exhaust or other places. Deeper water could enter the cylinders that surround the pistons. Trying to start the car could bend parts that connect the pistons to the rest of the drive train, experts say. Oil, gasoline, antifreeze, brake fluid and other liquids could have water in them that could cause damage if not replaced. Experts recommend towing a car to a mechanic for inspection.

Q: IF IT’S REPAIRED, WILL MY CAR BE SAFE?

A: Probably not. Water could have damaged sensors, electrical connectors, computer chips and wiring that are under the carpet, behind the dashboard or in the engine compartment. That could disable lights, air bags, ignition, sensors or other essential systems. Corrosion can form beneath wiring insulation. Damage may not surface for years.

A: Depends on your coverage. If you’re financing or leasing, your lender likely requires comprehensive insurance, which typically covers flood damage. But if you own a car outright, or it’s old and would be more expensive to repair than it’s worth, you may choose not to get comprehensive coverage. As of 2013, 78 percent of U.S. insured drivers had comprehensive coverage, according to the Insurance Information Institute.

A: Once an owner files a claim, the insurer will evaluate the damage. Many states have guidelines for a vehicle to be considered a total loss, including the extent and type of damage and the cost of repair. If the insurer determines the vehicle is a total loss, it will pay the owner — minus a deductible that’s typically $500 to $1,000 — and take the vehicle and the title.

Anyone know of someone who washes a car in a hurricane??? Especially Madame #Florence 😂 #HurricaneFlorence #USA pic.twitter.com/ssKGG0wzUB

Q: WHERE DO FLOODED CARS GO?

A: Insurers will turn the cars over to auctions or salvage yards. Undamaged parts will be salvaged and many vehicles will be scrapped. Some will go to salvage auctions, says Black Book’s Goyal. Everything that’s ruled a total loss by an insurance company should get a salvage title. But consumers should be careful. A vehicle considered a total loss in one state might not require a salvage title in another state, experts say.

Q: HOW CAN I AVOID BUYING A FLOOD-DAMAGED VEHICLE?

A: Flooded cars could be shipped to other parts of the country or even other nations. To find out where the car came from and if it has a salvage title, experts suggest keying the vehicle identification number into services that search car histories for a charge, such as Autocheck or Carfax. The National Insurance Crime Bureau and Carfax offer free flooded car checks. Buyers can ask to take the car to a mechanic for inspection. They also can also look for signs of flooding, including musty or moldy odors or overpowering use of air freshener, discolored carpet or new carpet in an old car, water lines in the engine compartment or trunk, fogging inside headlights or taillights, rust or flaking metal under the car, and dirt buildup in unusual areas such as around seat tracks. If you see any signs, don’t buy the car, experts say.