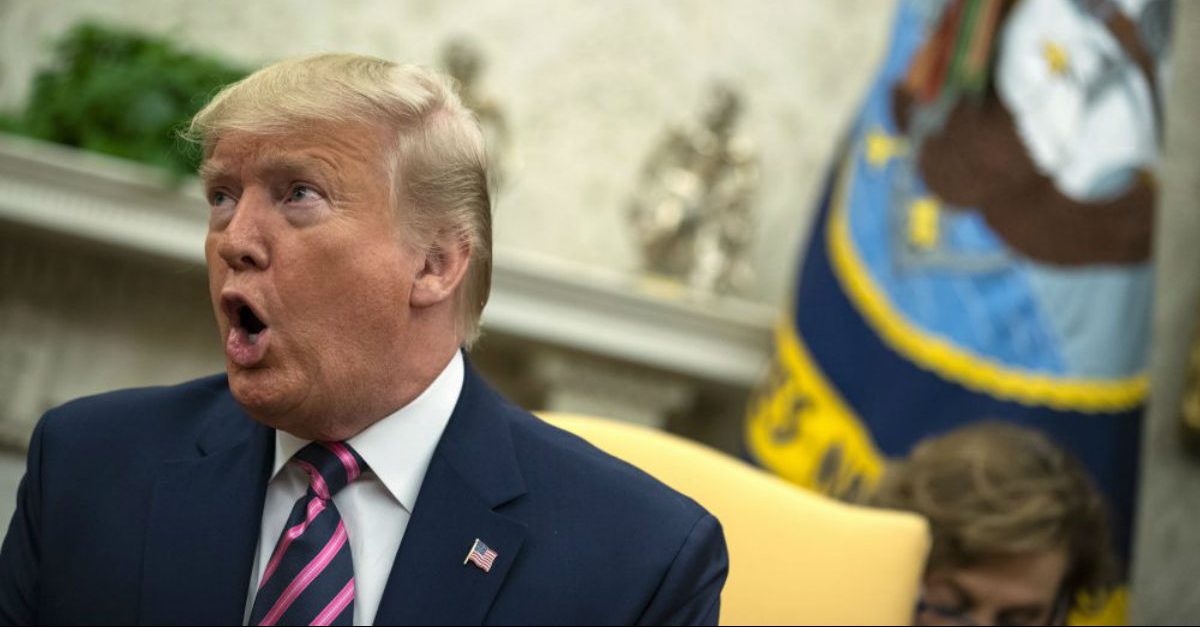 DETROIT (AP) ? President Donald Trump attacked General Motors Friday, alleging that the company promised to build thousands more breathing machines than it can deliver for coronavirus patients and that it wants too much money for them.

?As usual with ?this? General Motors, things just never seem to work out,? Trump wrote on Twitter, adding that the company promised 40,000 ventilators quickly but now says it will build only 6,000 in late April. Trump also tweeted that Ford should start making ventilators fast.

As usual with “this” General Motors, things just never seem to work out. They said they were going to give us 40,000 much needed Ventilators, “very quickly”. Now they are saying it will only be 6000, in late April, and they want top dollar. Always a mess with Mary B. Invoke “P”.

General Motors MUST immediately open their stupidly abandoned Lordstown plant in Ohio, or some other plant, and START MAKING VENTILATORS, NOW!!!!!! FORD, GET GOING ON VENTILATORS, FAST!!!!!! @GeneralMotors @Ford

The move escalated a feud involving the president, GM, several governors and medical experts over the severity of the crisis and just how many ventilators will be needed to handle it.

Experts say the U.S. is hundreds of thousands of breathing machines short of what it likely will need to treat a rapidly rising number of COVID-19 patients. New York, Michigan, Louisiana and the state of Washington have been singled out as virus hot spots in the U.S.

The series of tweets came just hours after Trump, during a Fox News interview Thursday night, said he had ?a feeling? that the number of ventilators being requested to handle the virus was too high.

Trump threatened to invoke the Defense Production Act and wrote that GM should reopen its now-closed factory in Lordstown, Ohio, or some other facility to build ventilators. GM sold the Lordstown plant to a company that wants to make electric commercial vehicles.

Our teams have been working tirelessly with @MyVOCSN to produce critical care ventilators at our Kokomo, IN facility. Retooling is underway and we are poised to deliver the first ventilators next month with capacity of more than 10,000 monthly. https://t.co/34Here89Fa pic.twitter.com/vxZvSzHveb

GM issued a statement announcing its agreement to build ventilators with Ventec Life Systems, a small Seattle-area company. It also will help Ventec ramp up production. The automaker addressed Trump?s price-gouging claim by saying it is offering resources to Ventec ?at cost.?

GM?s statement said the company is scheduled to start shipping ventilators as soon as next month from an automotive electronics factory in Kokomo, Indiana.

?This effort is in addition to Ventec taking aggressive steps to ramp up production at their manufacturing facility,? the statement said.

The statement said Ventec and GM are working around the clock, and that depending on the government?s needs, the two companies are ready to manufacture more than 10,000 ventilators per month with the ability to increase that rate.

Meanwhile, Ford is working with GE Health Care to increase ventilator production. The automaker plans to manufacture a simplified ventilator design starting next month, building at a higher rate in May.

?Ford is pulling out all the stops to quickly and safely provide vitally needed equipment for patients, first responders and health care workers,? the company said.

In the Fox interview, Trump questioned whether the number of ventilators requested by hospitals was exaggerated: ?I have a feeling that a lot of the numbers that are being said in some areas are just bigger than they?re going to be,? Trump said.

His remarks contradicted medical experts and apparently were aimed at New York Gov. Andrew Cuomo, who has been pleading for 30,000 more ventilators to handle an expected surge in critical virus patients during the next three weeks.

?When the president says the state of New York doesn?t need 30,000 ventilators, with all due respect to him, he?s not looking at the facts of this astronomical growth of this crisis,? said New York City?s mayor Bill de Blasio on ABC?s ?Good Morning America.?