GM to Make 1.5M Face Masks Every Month for Coronavirus 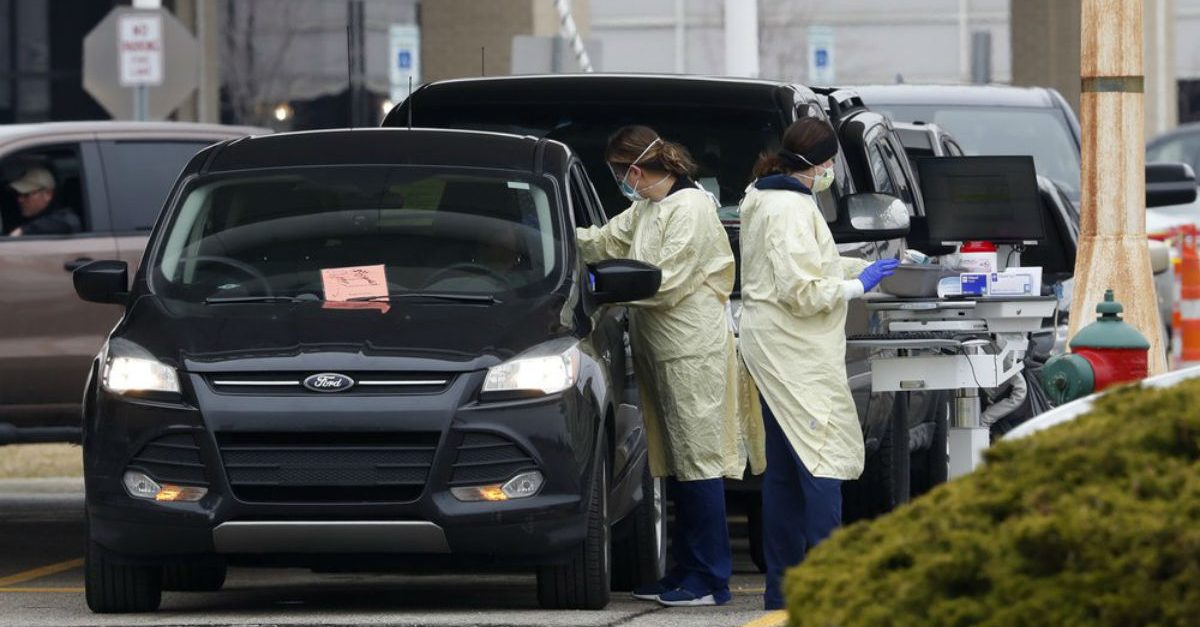 The auto industry, just like most major businesses around the world, is seriously feeling the negative effects of the coronavirus pandemic. Carmakers from Ford to Volkswagen are being forced to take drastic actions. From auto plants shutting down and leaving countless assembly line workers without jobs to an impending decline in car sales and major hits in the stock market, the repercussions are widespread and serious.

On March 31, General Motors released a press release, stating that it expects to deliver 20,000 masks on April 8. Once the production line is at full capacity, GM says it will be able to produce 50,000 masks a day, or 1.5 million masks a month.

We’re so proud of our team coming together to fight this pandemic. Within a few short days, we launched a project to produce face masks at scale to help protect workers in essential services across the country: https://t.co/81xz14OC2H #WeAreGM pic.twitter.com/cl3RLxCT7y

Ford also announced that it would be producing 50,000 ventilators in 100 days.

Production of the ventilator will start in April, targeting 50,000 units in the next 100 days at our Rawsonville Components Plant in Michigan. This is the second Ford- @GEHealthcare ventilator collaboration, helping to meet demand around the U.S. in the fight against #COVID19.

Here is how some of the other major automakers are dealing with the COVID-19 outbreak.

Automakers Affected by the Coronavirus Outbreak

On Wednesday, March 18, Ford Motor Company confirmed that they would be temporarily suspending production at all North American manufacturing sites. This announcement came shortly after the company temporarily closed the Michigan Assembly Plant in Wayne after an employee tested positive for the coronavirus, and a day after Ford made the decision to close its manufacturing sites in Germany and Romania.

While the initial plan was to restore factory production by the end of March, Ford released a statement that confirmed a longer North American shutdown into April.

“In light of various governments’ orders to stay and work from home, Ford is not planning to restart our plants in the U.S., Canada and Mexico on Monday, March 30 as originally hoped,” Ford North America president Kumar Galhotra said.

“We are assessing various options and working with union leaders ? including the United Auto Workers and Unifor ? on the optimal timing for resuming vehicle production, keeping the well-being of our workforce top of mind.”

Ford also shut down its factories in India, South Africa, Thailand, and Vietnam.

During this undetermined period of suspended production, Ford is currently focusing its efforts on producing a surplus of respirators and ventilators, in collaboration with 3M and GE Healthcare.

While Ford had planned to ramp up its Escape and Explorer ad campaigns during March Madness, the company pulled these ads and instead circulated two new coronavirus response spots: “Built to Lend a Hand? and ?Built for Right Now.”

Also, under a new Ford Credit program, new vehicle buyers will also have the option to delay their first payment for 90 days.

Read More: That Crazy Moment When a BMW Crashes Through a Dealership in China

General Motors will also suspend operations at its North American sites into April, after which the company will reassess its next steps. Initially, GM shut down its engineering building at its Technical Center in Warren, Michigan, after an employee tested positive for coronavirus.

Forced to borrow $16 billion to weather the coronavirus storm, GM is also joining Ford in helping to manufacture hospital ventilators.

GM will also be delaying updates to trucks, SUVs and sports cars, meaning that the Silverado, Sierra, Camaro and Corvette will not see updates until the 2021 model year.

As far as customer service goes, the automaker is providing 0% interest for seven years, 84-month loans, and deferred payments of up to four months to customers in top credit tiers, while also offering all current owners of its vehicles free OnStar crisis-assist services.

On March 18, Fiat Chrysler became the last of the Big 3 automakers to officially announce that it would be temporarily ceasing production at all North American plants, which will also likely last well into April.

After days of discussions with our UAW partners, we are implementing a series of shift pattern and production changes across our manufacturing plants in the United States. pic.twitter.com/eDBDpyAyqX

Pledging to produce 1 million face masks a month for coronavirus responders, FCA has been forced to lay off a huge portion of its workforce as a result of the pandemic.

Honda Motor Co. was the first car company to announce that it would be shutting down factories in the United States. Production was initially expected to cease from March 23 until March 31, though this will likely last longer. Honda will also reduce output by approximately 40,000 vehicles.

Honda said that it would continue to pay the 27,600 workers who would be without jobs during the shutdown.

Honda will continue to give full pay during that period, the company says. https://t.co/Z7ltXTDtLC

BMW, Hyundai, Nissan, Volkswagen, and Toyota are among other carmakers to take hits as the automotive industry braces for impact.

BMW has shut down European and South African factories, while Nissan and Toyota closed their massive plants in the United Kingdom and North America. Volkswagen warned of a “very difficult year” from a sales standpoint, as the company was forced to shut down many of its European plants.

Hyundai, which was also forced to close its North American plants, is fighting to stay proactive amid the frightening financial times.

The automaker promised to revive its Hyundai Assurance Job Loss Protection Program, which was first launched during the Great Recession. The 2009 ad tells customers that if they ?finance or lease any new Hyundai, and if you lose your income in the next year, you can return it with no impact on your credit.?