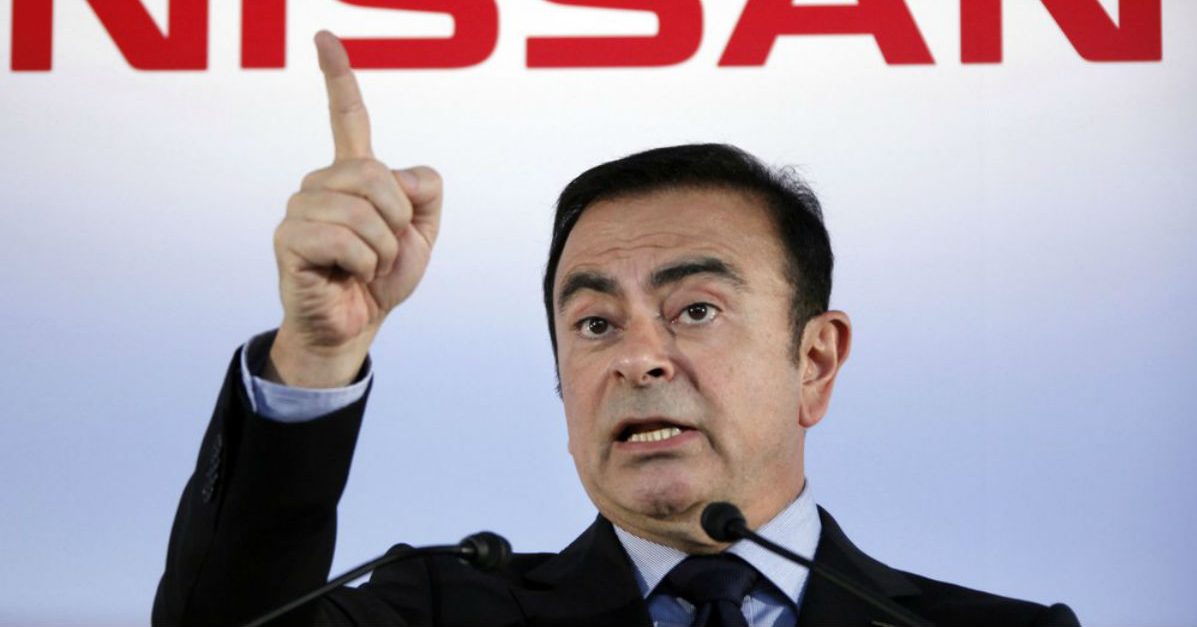 TOKYO (AP) ? In a daring escape that confounded authorities, Nissan?s former Chairman Carlos Ghosn skipped bail while awaiting trial in Japan on allegations of financial misconduct and reappeared in Lebanon, where he said Tuesday that he had fled to avoid ?political persecution.?

Ghosn, who is of Lebanese origin and holds French, Lebanese and Brazilian passports, disclosed his location in a statement through his representatives but did not say how he managed to get out of Japan, where he had been under surveillance. He promised to talk to reporters next week.

?I am now in Lebanon and will no longer be held hostage by a rigged Japanese justice system where guilt is presumed, discrimination is rampant, and basic human rights are denied, in flagrant disregard of Japan?s legal obligations under international law and treaties it is bound to uphold,? the statement said.

There were cameras on his doorstep and police watching his every move. Now, the authorities in Japan are trying to figure out how Carlos Ghosn managed to make his escape to Lebanon. https://t.co/y9GANb8nua

Speaking anonymously, prosecutors in Japan told Japanese media they did not know how Ghosn got out. His lawyer also denied all knowledge of the escape, saying he was stunned. Japan does not have an extradition treaty with Lebanon, which said Ghosn had entered the country legally and there was no reason to take any action against him.

Ghosn was arrested in November 2018 and was expected to face trial in April 2020. He posted 1.5 billion yen ($14 million) bail on two separate instances after he was arrested a second time on additional charges, and released again.

Carlos Ghosn's escape from Japan while out on bail, under strict surveillance and his lawyers holding his three passports, has left authorities in both Japan and France stunned. He was greeted in Lebanon, where he grew up, with banners of support https://t.co/yNXZgWp8sA pic.twitter.com/RJnFWXyxxf

Prosecutors fought his release, but a court granted him bail on condition that he be monitored and not meet with his wife, Carole, who is also of Lebanese origin. Recently, the court allowed them to speak by video.

Ghosn, who was charged with under-reporting his future compensation and breach of trust, has repeatedly asserted his innocence, saying authorities trumped up charges to prevent a possible fuller merger between Nissan Motor Co. and alliance partner Renault SA.

?Maybe he thought he won?t get a fair trial,? said his lawyer, Junichiro Hironaka, stressing that he continues to believe Ghosn is innocent. ?I can?t blame him for thinking that way.?

The charges Ghosn faces carry a maximum penalty of 15 years in prison.

How Ghosn managed to flee was, publicly at least, a mystery. Hironaka said the lawyers were holding Ghosn?s three passports, yet Lebanon?s minister for presidential affairs, Selim Jreissati, told the An-Nahar newspaper that Ghosn entered legally at the airport with a French passport and Lebanese ID.

France reacted with surprise and some confusion.

The French foreign ministry said in a statement that French authorities ?have heard from the press about the arrival of Carlos Ghosn to Lebanon.? They ?have not been informed of his departure from Japan and have no knowledge of the circumstances of his departure,? the statement said.

Agnes Pannier-Runacher, a junior finance minister, told broadcaster BFM-TV that ?I was surprised as you when I learned about this escape.?

Ghosn?s lawyer, Hironaka, said he last spoke with his client on Christmas Day and was never consulted about leaving for Lebanon. However, he said the circumstances of Ghosn?s arrest, the seizure of evidence and the strict bail conditions were unfair.

Jreissati told An-Naharhe he had asked Japan to hand Ghosn over to be tried in Lebanon according to international anti-corruption laws. However, since there was no official word from Tokyo and it was not yet clear how Ghosn came to Lebanon, Beirut wouldn?t take a formal position. Jreissati did not immediately respond to calls from The Associated Press.

People in Lebanon take special pride in the auto industry icon, who is credited with leading a spectacular turnaround at Nissan beginning in the late 1990s, and rescued the automaker from near-bankruptcy.

Ghosn speaks fluent Arabic and visited the country regularly. Born in Brazil, where his Lebanese grandfather had sought his fortune, Ghosn grew up in Beirut, where he spent part of his childhood at a Jesuit school.

Before his fall from grace, Ghosn was also a celebrity in Japan, where he was revered for his managerial acumen.

Nissan did not have immediate comment Tuesday. The Japanese automaker of the March subcompact, Leaf electric car and Infiniti luxury models has also been charged as a company in relation to Ghosn?s alleged financial crimes.

Japanese securities regulators recently recommended Nissan be fined 2.4 billion yen ($22 million) over disclosure documents from 2014 to 2017. Nissan has said it accepted the penalty and corrected its securities documents in May.

The company?s sales and profits have tumbled and its brand image is tarnished. It has acknowledged lapses in its governance and has promised to improve its transparency.

Another former Nissan executive, Greg Kelly, an American, was arrested at the same time as Ghosn and is awaiting trial. He has said he is innocent.

Hiroto Saikawa, who replaced Ghosn as head of Nissan, announced his resignation in September after financial misconduct allegations surfaced against him related to his income. He has not been charged with any crime.

The conviction rate in Japan exceeds 99% and winning an acquittal through a lengthy appeals process could take years. Rights activists in Japan and abroad say Japan?s judicial system does not presume innocence enough and relies on long detentions that lead to false confessions.

In addition to under-reporting his future compensation, Ghosn is accused of diverting Nissan money and having it shoulder his personal investment losses. Other allegations against him involve payments to a Saudi dealership, as well as funds paid to an Oman business that were purportedly diverted to entities run by Ghosn.

Ghosn has said that the compensation was never decided, that Nissan never suffered losses from the investments and that all the payments were for legitimate business services.