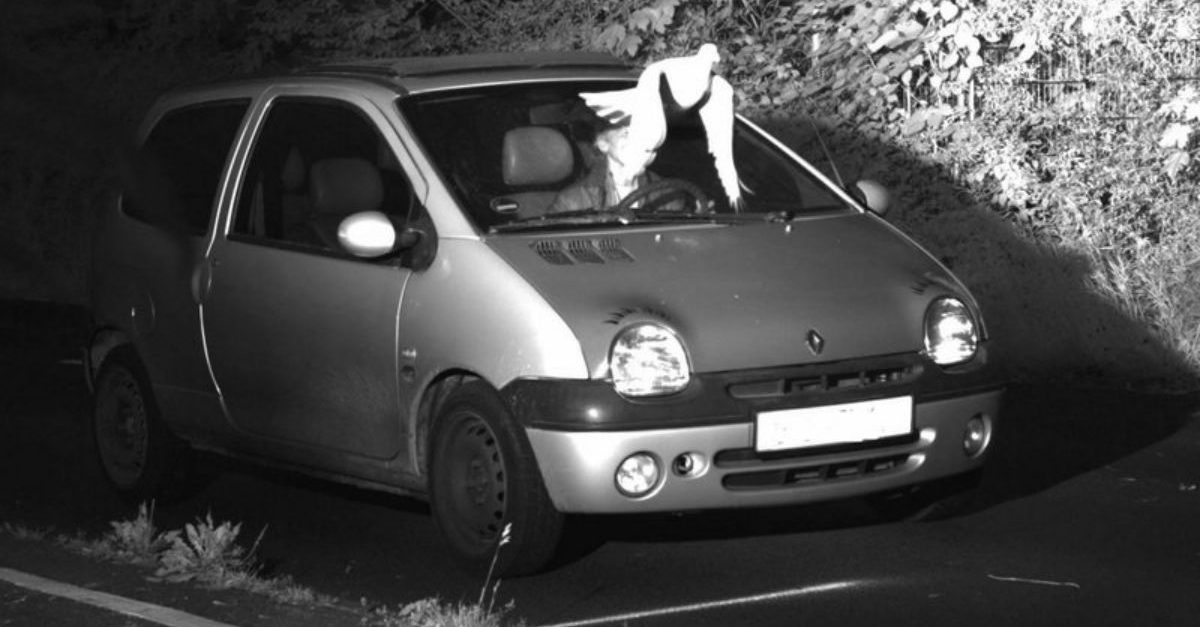 BERLIN (AP) — Police in western Germany say divine intervention saved a speeding driver from getting a ticket, after a pigeon photobombed a traffic enforcement camera at just the right moment.

Perhaps inspired by this week’s Ascension Day national Christian holiday, Viersen police said “the Holy Ghost must have had a plan” to help the driver.

Just as the radar clocked the driver at 54 km/h (33.5 mph) in a 30km/h zone and the camera flashed, the pigeon flew in front of the car, obscuring the face of the driver with its spread wings and thereby concealing the necessary evidence of who was at the wheel.

Police say “thanks to the feathered guardian angel,” the driver was spared a 105 euro ($117) fine but should take it as “a sign from above” to slow down.