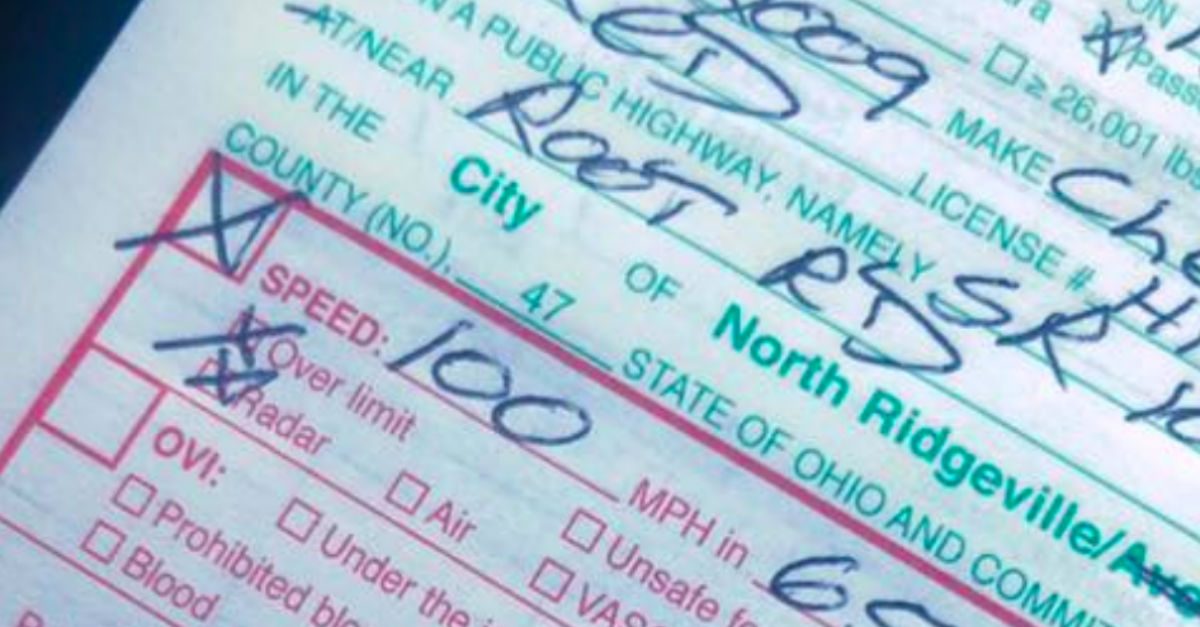 This is how an Ohio police officer began his open letter to a teen he pulled over and ticketed for going 100 MPH in a 65 MPH zone. Posted on the North Ridgeville Police Department’s Facebook page, the letter scolds the teen for being “minutes away from creating an unspeakable Christmas tragedy.”

You can read the post in its entirety above, but probably the harshest dose of reality included in the letter is when the officer mentions his own experience with speeding teens who weren’t as fortunate as the kid who he had just pulled over.

I can tell you dozens of stories of dead and broken 18 year old bodies that I’ve pulled from cars. Broken bodies that I’ve found in front yards after crashes. Unrecognizable bodies. They thought they were invincible too. They weren’t. They were gone so they missed the part where I had to tell their parents that they were dead. Part of your soul disappears every time you have to tell parents that their kid is dead.

The cop then continues through the lens of a parent and provides a brief look at what a mother and father really have to go through when they tell their young drivers to be careful on the road.

I don’t KNOW your parents, but I know them. I know that when you leave every day they say “Be careful. Drive safe.” Those aren’t just words. That is the very last act of them pleading with you to come home safe. When they get a knock on the door, it’s not “Good afternoon ma’am. Your 18 year old son just had a massive heart attack. It’s “Can we sit down? Your son has been involved in a very serious crash. I’m so sorry. He’s died.” When you leave the house they know that, far and away, the best chance you have of dying that day is in that car. Sometimes you’re the innocent person hit by someone with no regard for anyone else and sometimes you’re the one with no regard for anyone else. Today you were the latter.﻿

He caps the letter off with this plea to the speeding teen: “Slow down. Please. You are not invincible. I promise.”

The whole thing was definitely a powerful statement and one that more teenage drivers should read before going out on the road. I know if I had read something like this during my early driving days, I probably would have thought twice before gunning it on the freeway.

If this didn’t get the 18-year-old subject of the letter to take it easy on the road, then I don’t know what will.