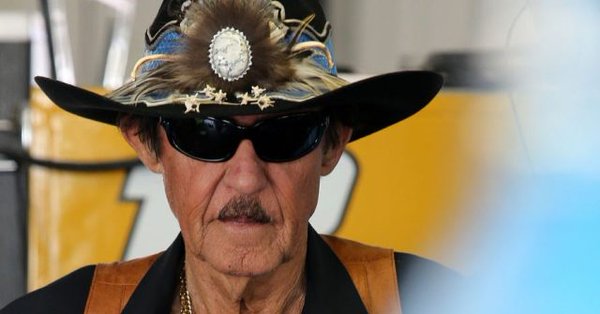 2017 isn’t quite over, but come Christmas time, we’ll start looking ahead to 2018, Daytona, and a number of the huge stories of the new year. So now, it’s time to look back on the top 10 stories of 2017. Those are stories that happen on and off the track,  stories that our reader told us were their favorites. So while the top four stories are all NASCAR related, the rest are interesting news. Here we go:

10. Don’t take up parking in front of a diesel pump

Don’t mess with Diesel Dave. His truck takes diesel fuel, and he hates when people park in front of the diesel pump. So Diesel Dave took matters into his own hand, and hysterically towed that car out of the way. This will teach ’em.

9. Here’s why the edges of your windshield are covered in tiny black dots

Those little black dots actually help keep the windshield in place, and our readers were fascinated by the video that showed how this works.

8. Thieves targeted a woman, not knowing she was an MMA fighter

Guys can be really, really dumb. They see a woman trying to get into her car, alone, and assume she’s an easy mark. A big ass-kicking changed their mind.

This massive and tragic pileup was caught on a trucker’s dashcam. Three people died in the icy and snowy conditions.

The much-hyped Jeep Wrangler pickup truck finally had a release date, and readers went nuts over the $30,000 vehicle.

5. Cop nearly gets hit by a semi

This was one of the more insane stories on the year. A cop got out of his car to help a stranded school bus when a semi comes flying by and nearly kills the cop. He lived to tell about it, but man this was close.

It was a disappointing way to go out. Danica Patrick lost sponsorship on her No. 10, announced she was leaving Stewart-Haas Racing, and then, with no offers for a ride, announced she would retire from racing after rising in the Daytona 500 and Indy 500 in 2018. Then at Homestead, her last race went up in flames when a tire blew out. It was a fitting end to a terrible year.

3. NASCAR gets pulled into the national anthem controversy

This was a difficult issue for NASCAR because two of its stalwarts — Richard Petty and Richard Childress — said they would fire anyone who participated in an anthem protest and disrespected the flag. While they found a lot of support among fans, they found none at NASCAR and little among its driver. NASCAR and some of its drivers said they all supported the right to peaceful protests. No one ever protested.

2. Smithfield Foods and The King get into a nasty mud-slinging content

This was particularly nasty. Richard Petty accused Smithfield Foods of backing out of a handshake agreement to sponsor the No. 43 in 2018. Smithfield fired back, calling Petty a liar and claiming he put a bad product on the track.