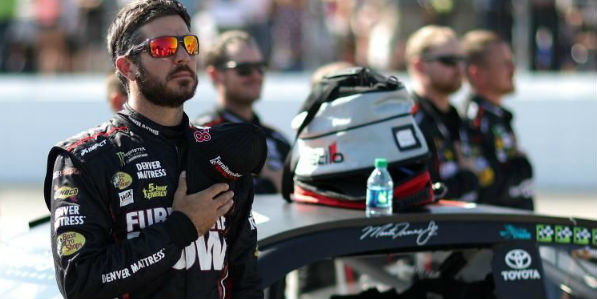 Fans have been waiting to hear from NASCAR leadership after Richard Petty, Dale Earnhardt Jr. and others have weighed in.

Now, NASCAR has finally released a statement that will leave some fans happy and others infuriated.

“Sports are a unifying influence in our society, bringing people of differing backgrounds and beliefs together. Our respect for the national anthem has always been a hallmark of our pre-race events. Thanks to the sacrifices of many, we live in a country of unparalleled freedoms and countless liberties, including the right to peacefully express one’s opinion.”

But it also goes against Richard Petty, who said he said he would fire any employee who kneeled during the anthem,  and Richard Childress, who made a very strong statement regarding what he would do if someone on his team decided to kneel for the anthem, and he didn’t mince words before Sunday’s race at New Hampshire.

Austin Dillon, the driver of the No. 3 on Childress’ team,  told USA Today that NASCAR is a very patriotic sport and he doubts anything will happen at a NASCAR event.