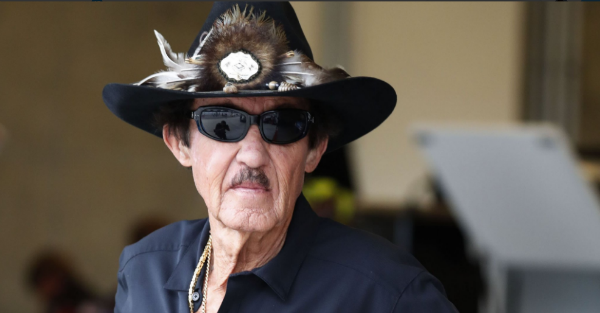 On Monday, Smithfield made the rather surprising announcement that it would rejoin RPMotorsports as a sponsor for 2018 — surprising because of the acrimonious split between both sides.

But now, Adam Stern of the Sports Business Journal dropped this tidbit in a tweet. The two sides reportedly came together only after Petty threatened legal action, believing that Smithfield had broken some clauses in its sponsorship deal.

Sources said RPM had threatened legal action over clauses in Smithfield deal that it thought were broken, leading to the settlement talks.

That would explain a lot, because the (first) Smithfield-Petty divorce was as ugly as it gets.\

Petty said he had a handshake agreement with Smithfield to continue sponsorship of the No. 43, but instead, Smithfield announced it was moving its sponsorship money to Stewart-Haas racing. Petty said, at the time, “I come from a time when we did major deals with sponsors like STP on a handshake. I’m sad to see this is where we are now.”

Smithfield fired back, saying it couldn’t stay with  Petty because of poor results on the track and that he lied about a handshake deal.

Fast forward about six weeks, and Smithfield had high praise for Petty when it announced it’s return.

Smithfield issued a statement to the Sports Business Journal (subscription required) that said:

We’re pleased that there has been a resolution to this misunderstanding. Smithfield has enjoyed its six-year relationship with RPM and like any NASCAR supporter, we want to continue to see the No. 43 car on the track for years to come. Richard is truly a legend in NASCAR — a sport and community of fans that we love and are proud to continue to support in 2018.

.@SmithfieldFoods says in statement to SBJ that it's resolved misunderstanding with @RPMotorsports and will be a partner of the team in '18. pic.twitter.com/sNvbPlvUQZ

Apparently, a little vinegar worked. The exact terms of how the Smithfield-RPMotorsports will work aren’t known, yet.

Smithfield will still sponsor Stewart-Haas Racing, as NASCAR allows sponsors to have deals with multiple teams.