Smithfield Food rips into Richard Petty, calls him a liar and worse 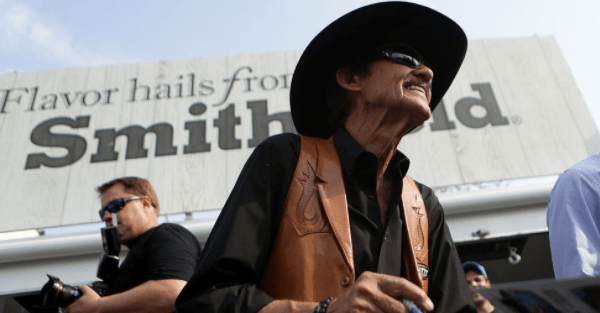 Smithfield Foods is not taking this laying down.

Just hours after Richard Petty, in a statement, accused Smithfield of backing out of a handshake deal to sponsor his team in 2018, Smithfield fired back with a blistering statement that clearly shows the  company’s anger.

On its Twitter account, Smithfield released the following statement that it attributed to the company president and chief executive officer, Kevin Sullivan.  It rips RPM for poor performance and says that’s the reason it didn’t renew its contract.

We are extremely disappointed that Richard Petty Motorsports (RPM) has chosen to disparage Smithfield — its lead sponsor — after five years and tens of millions of dollars of unwavering financial support, despite years of subpar performance on the track. RPM’s claims of a ‘handshake deal’ to extend our sponsorship our sponsorship are unequivocally and patently false. Smithfield’s numerous discussions with RPM over the past several months focused exclusively around one issue: RPM’s inability to deliver on the track and the organization’s repeated failure to present a plan to address its lack of competitiveness.

The war of words started earlier Tuesday when Petty, in a press release issued late this afternoon, took Smithfield Foods to task for ending its relationship with the team after Petty said he had a handshake agreement for it to continue.

He also noted what everyone suspected — Aric Almirola, the driver of the No. 43 who Smithfield has been with since 2012, will not return to RPM.

Petty, in the release, said he’s had numerous discussions with Smithfield since February and he understood the sponsor was going to return. “I recently shook hands on a deal to extend our relationship. I come from a time when we did major deals with sponsors like STP on a handshake. I’m sad to see this is where we are now. This decision is very unexpected, and we are extremely disappointed in this late and abrupt change in direction.”

He called the decision, “a significant set-back to Richard Petty Motorsports.

Silly Season: @RPMotorsports releases statement on Smithfield leaving and @aric_almirola not returning to the No. 43 in 2018. #NASCAR pic.twitter.com/LnSvxWELUo

He released his statement, literally, just moments after Danica Patrick announced she wouldn’t return to Stewart-Haas racing. Most speculation has Armirola taking the No. 10 for SHR.