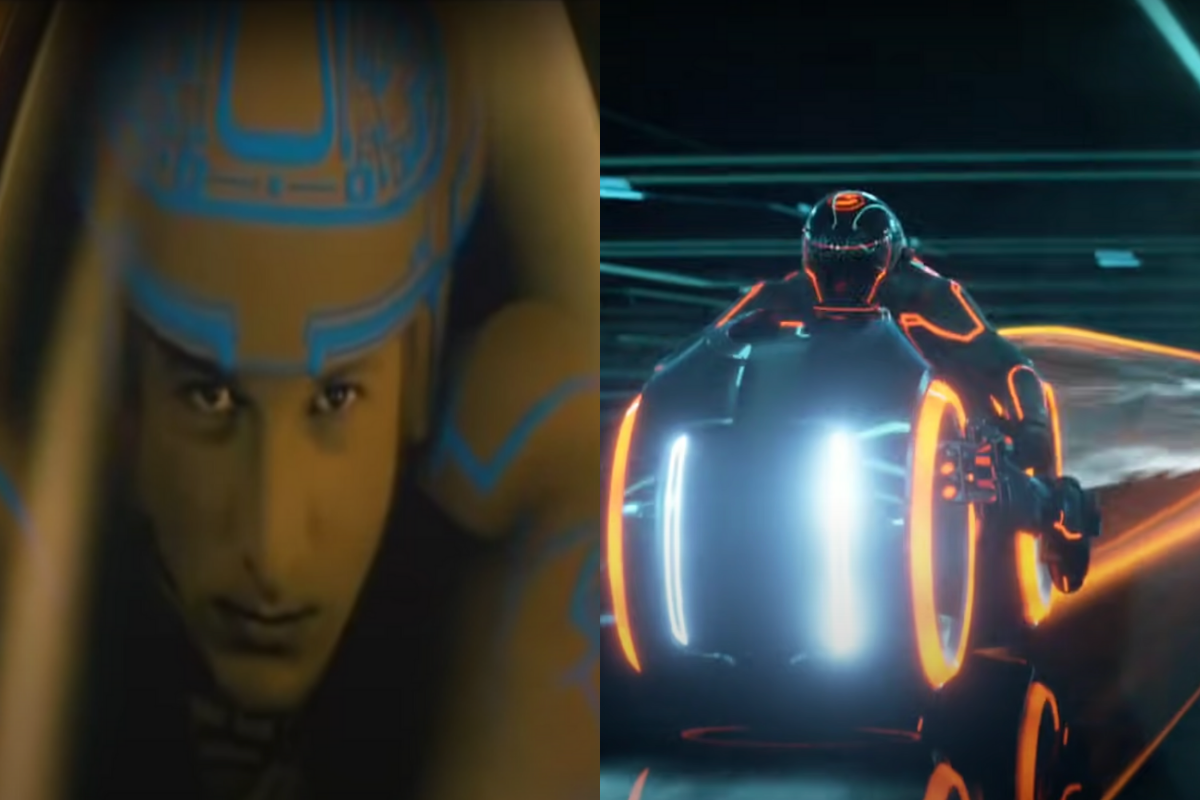 Tron is an sci-fi classic. The original Tron movie was released by Disney in 1982, and the film’s aesthetic was influenced by a video game that creator Steven Lisberger enjoyed. The movie was about Kevin Flynn, a computer programmer who gets sucked into a software world.

The plot follows Kevin trying to escape the software world with the help of programs. The world of Tron was fantastic, and it gained a cult following because of its stunning visual effects and the overall packaging of this futuristic software world. The film introduced amazing vehicles like Light Tanks and Recognizers. One of the most innovative and mind-blowing creations in the movie was the Light Cycle.

The Light Cycle was the primary mode of transportation for programs in the original film. The cycle is near-symbiotic, completely covering its driver in a protective layer as they operate the vehicle. It is incredibly fast, and itt leaves behind a physical trail called a Jetwall. These trails could disable other drivers and cause them to phase out of the current game that was being run in the software world.

The futuristic and game-like design was incredibly captivating. Its unique capabilities shocked the world. The color coordination, the high-tech design, the limitations of only turning at 90-degree angles. The Light Cycles were a hit. So much so that they became a staple for the Tron franchise. Fans demanded that the Light Cycle remain in every Tron reboot or spinoff because of its novelty and hype.

In the 2010 film Tron: Legacy, light cycles make a return with a new design by Daniel Simon, according to the Tron wiki. In this film, Kevin’s son Sam Flynn enters the computer program world to search for his father. Sam and his father attempt to escape the digital world and prevent the villainous program CLU from leaving the digital world and coming into the real world. The fifth-generation Light Cycle combined the best bits of the original version with some exciting new additions. The fifth-gen Light Cycle runs on pure liquid energy. Instead of leaving Jetwalls in its wake, it left Light Ribbons. These Light Ribbons were similar to Jetwalls, but they could be turned on and off by drivers providing a strategic advantage.

This version foregoes the canopy that the original Light Cycle features and adds LED lights. It is the first Light Cycle to have equally-sized front and rear wheels. All steering is controlled by drivers shifting their weight resembling an actual motorcycle rather than the original model. It also uses retractable fins for better steering and braking.

Disney’s Tron introduced us to a world of imagination where futuristic technology reigned supreme. Steven Lisberger created something that would spawn an entire franchise complete with video games, an anime TV series, and multiple films. In a world where one must think fast and move even faster, the Tron Light Cycle is the perfect vehicle to survive The Grid. Hopefully, we’ll get to see a new Light Cycle very soon.