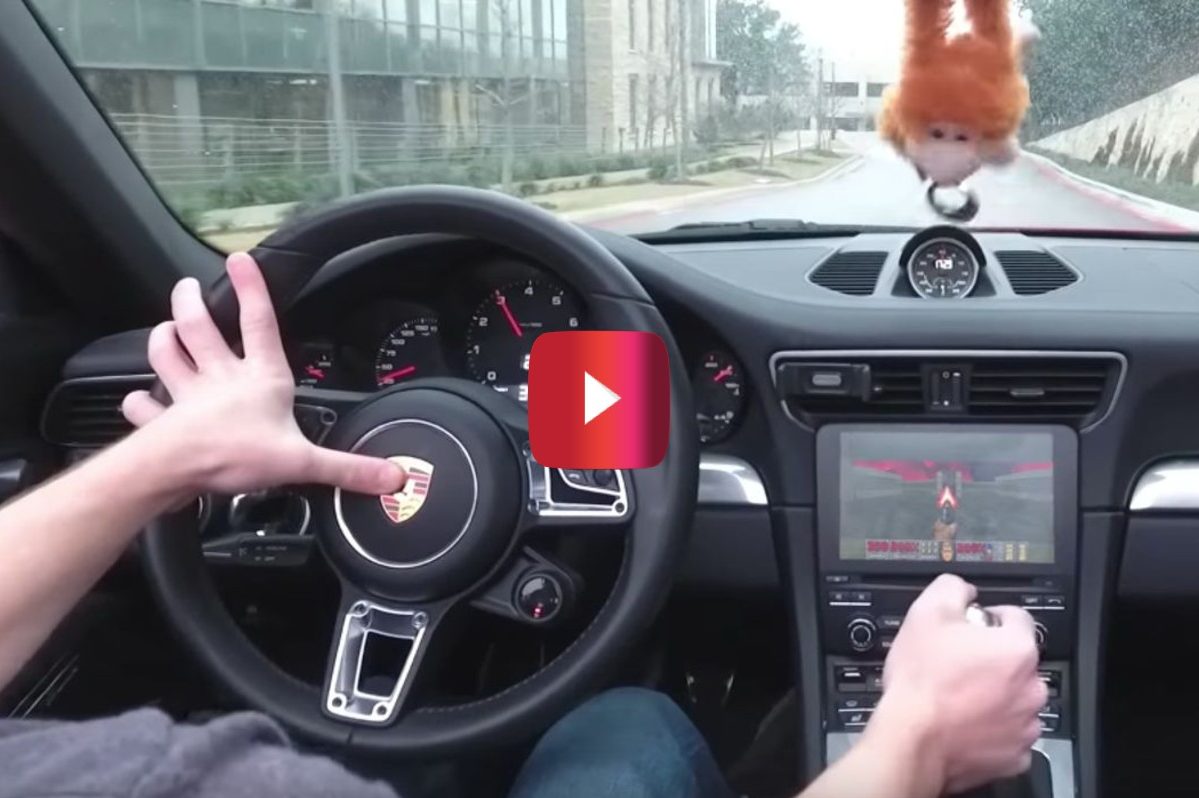 We?ve seen everything from big rigs to sports cars to performance vehicles tricked out in all sorts of ways that we didn?t think anything could surprise us when it came to badass car modifications. But, YouTuber vexal managed to do just that when he came up with a way to trick out a Porsche 911 to get it to play the video game Doom II.

So, how did he do it exactly? Basically, the mad geek genius took a flash drive with the 911’s VIN number on it, started the car with the computer system in debug mode, inserted the game, and, moments later, he was off killing hordes of demon creatures from space. Seems simple enough, if you’re good with computers.

Read More: Ferrari vs. Porsche: Who Really Ruled the 1990s?

Now, this whole setup might not be ideal from a safety standpoint, since the Porsche?s steering wheel, shifter, horn, and accelerator all control the game. Needless to say, this isn?t something you?d want to experiment with on a busy highway, or really on any road in general. Best case scenario, other drivers would think you were some sort of lunatic, considering all the wild turning and incessant horn honking you would need to do to play the game.

Worst case scenario? Well, just imagine that you’re well on your way to racking up a high score, when, one rash move later, your car ends flipped on its roof in a ditch somewhere, while you’re left questioning the terrible, terrible life decisions that led you to this point.

So, yeah, maybe this whole Doom II mod thing isn’t the best thing to try duplicating at home. But, hey, at least it’s cool in theory.