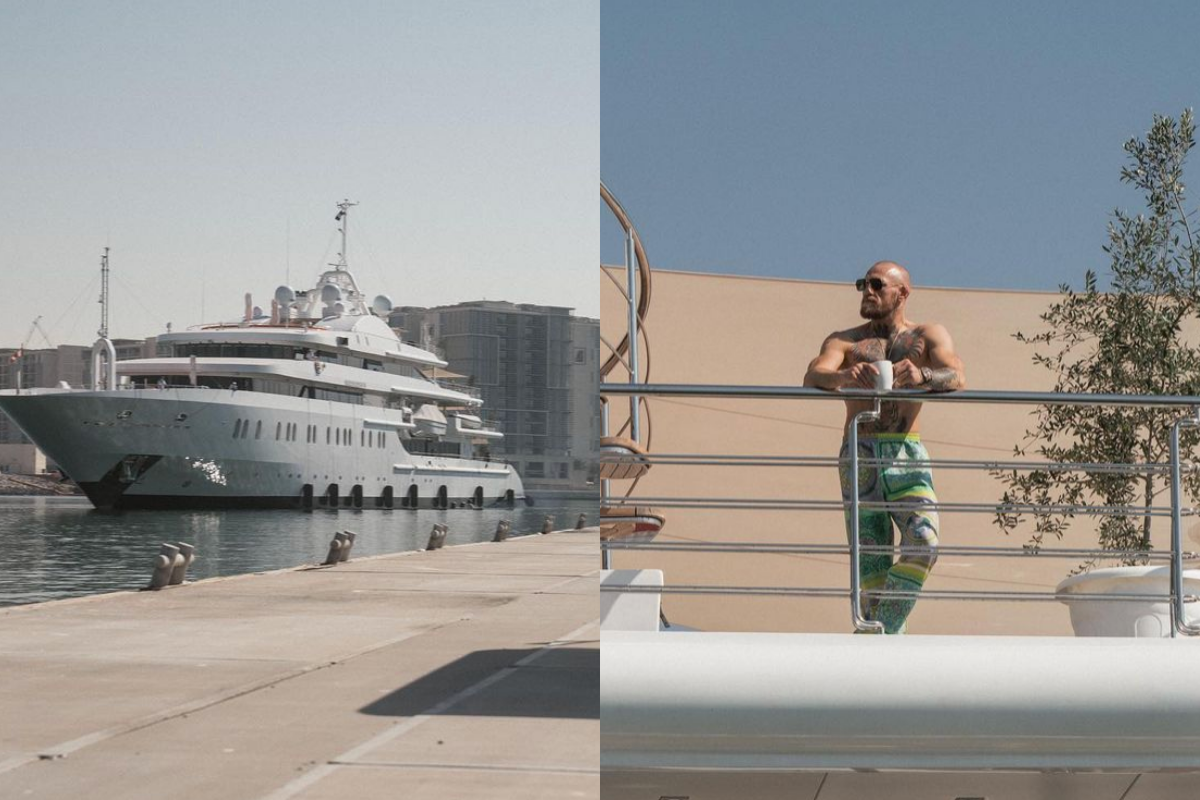 If there’s one thing for sure, “The Notorious” Conor McGregor certainly knows how to show up in style. Ahead of his fight against Dustin Poirier in UFC 257, the 32-year old Irishman showed up on typical McGregor fashion. Hey, he had to make his arrival to Yas Island, a.k.a. Fight Island, in Abu Dhabi known, and that he did.

A few days before the fight, the Irish MMA superstar shared an Instagram post showing himself arriving to the island while onboard a massive superyacht, Moonlight II. The picture shows him hanging out on the deck, shirtless, with the caption “My Island.” Safe to say he was feeling pretty confident about jumping into the Octagon.

Built by Neorion, the Moonlight II is a 300-foot luxury yacht made for charter services. That’s right, McGregor doesn’t actually own this thing, but to even just rent it for a while, you’ve got to be rolling in cash. The usual rates go around $784,000 per week. However, with that, you do get quite a few amenities included.

This beast can accommodate 36 guests comfortably in 18 different staterooms. There’s also a crew of 35 people to assist and make your stay even more relaxing. Vast deck space is an understatement, but you’ll also find two jacuzzis, a spa, cinema, business center, gym, and plenty of other goodies throughout this yacht.

It’s enormous steel hull boasts dominance when it’s out on the water, and the exterior is a work of art. To power through the water, it’s equipped with two Caterpillar engines giving it 2,750 horsepower. It’s commonly rented by well-known names, and it’s easy to see why. This is definitely a yacht that fits the size of McGregor’s personality. He didn’t stop there, though. Once the yacht docked, he was chauffeured over to the Yas Island fighters’ hotel in a Rolls Royce. He was required to do a two-day quarantine following his entry.

Now, McGregor already owns other yachts, including the Tecnomar 63. The Lamborghini yacht was a result of a collaboration between Automobili Lamborghini and the Italian Sea Group. It’s been nicknamed “Supercar of the Sea.” This vessel comes with two V-12 engines producing a total of 4,000 horsepower,and has a top speed of 60 knots. Believe it or not, it’s not the only yacht he owns either. It’s also said the he ordered a Prestige 750 yacht a while back as well.