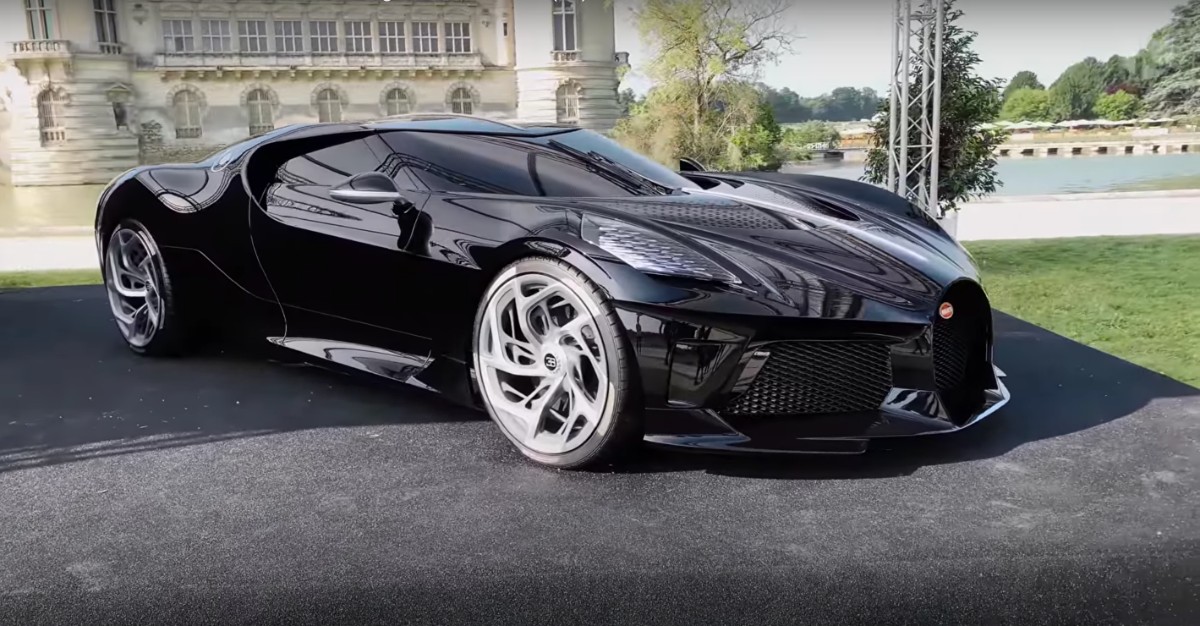 Owning a Bugatti pretty much shows the world that you have ridiculous amounts of play money. It’s been that way for a while, so if you even thought about trying to purchase a Veyron, Divo, or a Bugatti Chiron, you better have some seriously deep pockets. This automaker produces top-of-the-line machines, and the price tag reflects that. However, Bugatti stepped it up even further with the release of the Bugatti La Voiture Noire, which set a record as the most expensive new car of all time.

The La Voiture Noire is a supercar that is unlike any other. The car debuted at Geneva Motor Show in March 2019. Here’s the catch though: Bugatti is only making one of these cars, and the car will not even be completed for another 2 years. In case you were wondering, the car that debuted has already been purchased.
Let’s take a closer look at the details on this beautiful machine, and what it cost the unnamed buyer to get their hands on it.

The Bugatti La Voiture Noire, which translates to “the black car,” is a one-off masterpiece and a modern interpretation of Jean Bugatti’s personal Type 57 SC Atlantic that was lost during World War II. Bugatti’s design director Achim Anscheidt stated that the car is referred to as “automotive haute couture,” and it’s really more like a piece of art, comparable to highly exclusive fashion and luxury French brands.

The exclusive coupe features a handcrafted aerodynamic carbon fiber body. It sports a huge 8-liter 16-cylinder engine with quad-turbos. This W16 manages to pack 1,500 horsepower and 1,180 lb-ft of torque, allowing it to achieve a 0-60 MPH time of 2.5 seconds, and a top speed of 261 MPH.

Painted in a deep black gloss, the look of this car is absolutely menacing. The rear end comes complete with six tailpipes and an LED taillight that runs the entire width of the car, making it look even wider than it already is. The horseshoe grille in the front is even more pronounced than on previous Bugatti models. Unfortunately, the interior of the car was not unveiled at the show, and pictures are not easily found online, but there have been rumors that the buyer will have total design control for the interior.

Bugatti President Stephan Winkelmann announced that the hypercar sold for a massive $18.68 million, making it the most expensive car to come out of the factory. It was originally expected to sell at $12.45 million before its debut.

So, like we talked about earlier, the average person pretty much has no chance at owning this thing. To put things in perspective, Bugatti released a statement noting that the average Bugatti buyer also owns roughly 42 vehicles, five homes, three private jets, three helicopters, and a yacht. That’s some serious play money, so if you have all these, you were destined to join the Bugatti family.