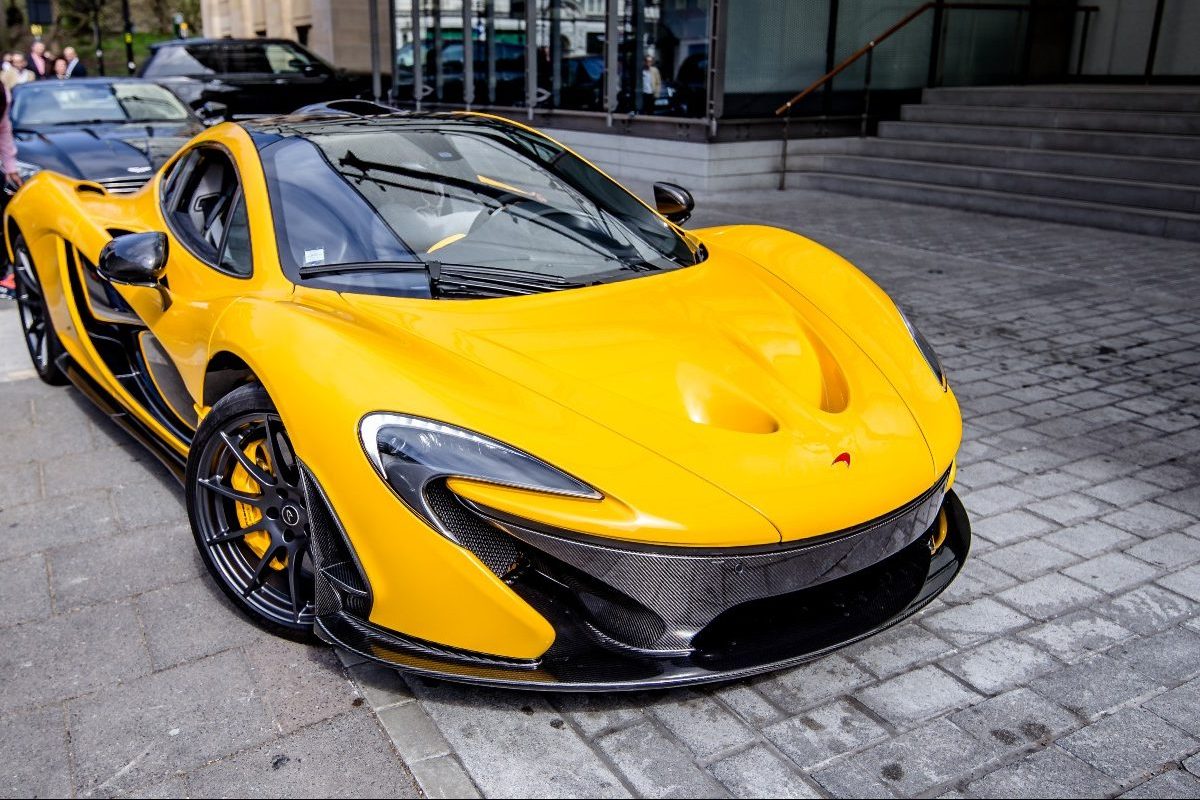 The McLaren P1 is one of the fastest hypercars in the world — it may even be the fastest, according to some tests. Designed by Frank Stephenson and and Robert Melville, it’s among the most expensive street-legal road cars/racing cars that money can buy.

However, in our humble opinion, it’s worth the price tag if you have the money. When you compare the McLaren to other hypercars and supercars, it easily blows away most of the competition. What’s more, you might be surprised how the McLaren P1’s price compares to other high-performance cars. It’s downright economical. In a sense.

So, how much does the McLaren P1 cost, exactly?

What Is the McLaren P1 Price?

If you wanted to buy a McLaren P1 production car, it would have cost about $1.2 million. However, production ended in 2015, and all 375 units had been sold out since before production began in 2013. Sorry. There are still places online where you can find a McLaren P1 for sale, but it would go for way more than the original production price.

There was also the McLaren P1 GTR production period, which began in 2015. Far fewer of the special edition GTRs were made than the standard P1, and they were originally only available to those who purchased a P1. Bear in mind, the GTR is a commemorative track edition of the McLaren F1 GTR, so it isn’t street legal. So if you bought a P1, you could get a GTR for a cool, calm $3.4 million. The P1 LM variant, produced from 2016-2017, went for $3.7 million.

These models would likely cost more today, however, as you’d have to find someone willing to let go of their unit and probably purchase it at auction.

What Makes the McLaren P1 Worth It?

Apparently, it’s a bargain. Although $1.2 million sounds like a lot, in the world of hypercars, it’s actually quite…affordable. Let’s look at the price of the McLaren P1’s main competition, the Ferrari LaFerrari.

LaFerrari coupes sold for about $3-4 million off the production line, however, subsequent sales have seen prices closer to $7 million. The LaFerrari Aperta open-top edition has sold recently for $10 million. Even more affordable is the McLaren Senna, the P1’s successor in the Ultimate Series, which goes for around $1 million.

When it comes to speed and performance, the McLaren might be faster than the LaFerrari. In a race between the McLaren P1, Ferrari LaFerrari, and Porsche 918 Spyder, the McLaren finished in first, and the Ferrari finished about 0.5 seconds later in last place. Each of these hypercars uses a hybrid electric motor and Formula 1 influence to achieve such groundbreaking speeds.

Seriously, How Is the McLaren P1 That Fast?

Specs wise, the McLaren P1 is working with a 3.8-liter twin-turbo V8 engine that’s the cornerstone of the Woking, England car manufacturer’s lineup. Equipped with rear-wheel drive and a seven speed dual-clutch transmission, this powertrain is pretty standard, right?

By itself, the V8 twin turbo provides 727 horsepower with 531 lb-ft of torque, which is delightful. But, this hypercar also includes a permanent-magnet synchronous electric motor, which can produce 177 horsepower and 96 lb-ft of torque on its own. Altogether, you’re looking at 903 horsepower, which doesn’t even seem like a real number.

But, then you add in the fact that the whole thing is made of lightweight, super aerodynamic carbon fiber, including the monocoque chassis. An adjustable rear wing, which raises to 11.8 inches when the car is in race mode, helps with downforce and drag.

Essentially, McLaren Automotive meant for the P1 to be a racer, and therefore, the car is a racer. Street legal, even.

The McLaren P1 Is Street Legal

The McLaren is also road legal, which can be difficult to find in a car this fast. Many hypercars and supercars are only legal on a race track. The P1 might even be the fastest street-legal motor car in the world.

The P1 currently holds the fastest street-legal sports car lap records at Anglesey Coastal Circuit, Silverstone National Circuit, Algarve International Circuit, and Circuit of the Americas. That’s faster than all the Lamborghinis, Lanzantes, Corvettes, Audis, and Bugattis in the world.

To sum up, the McLaren P1 is worth it because it’s fast as hell. It also cost less than its two main competitors in the hypercar-verse. The Mclaren P1 supercar is also rarer than both the LaFerrari and Porsche 918 Spyder as it had a more limited production. Overall, if you can somehow afford a McLaren, it is well worth the price tag.