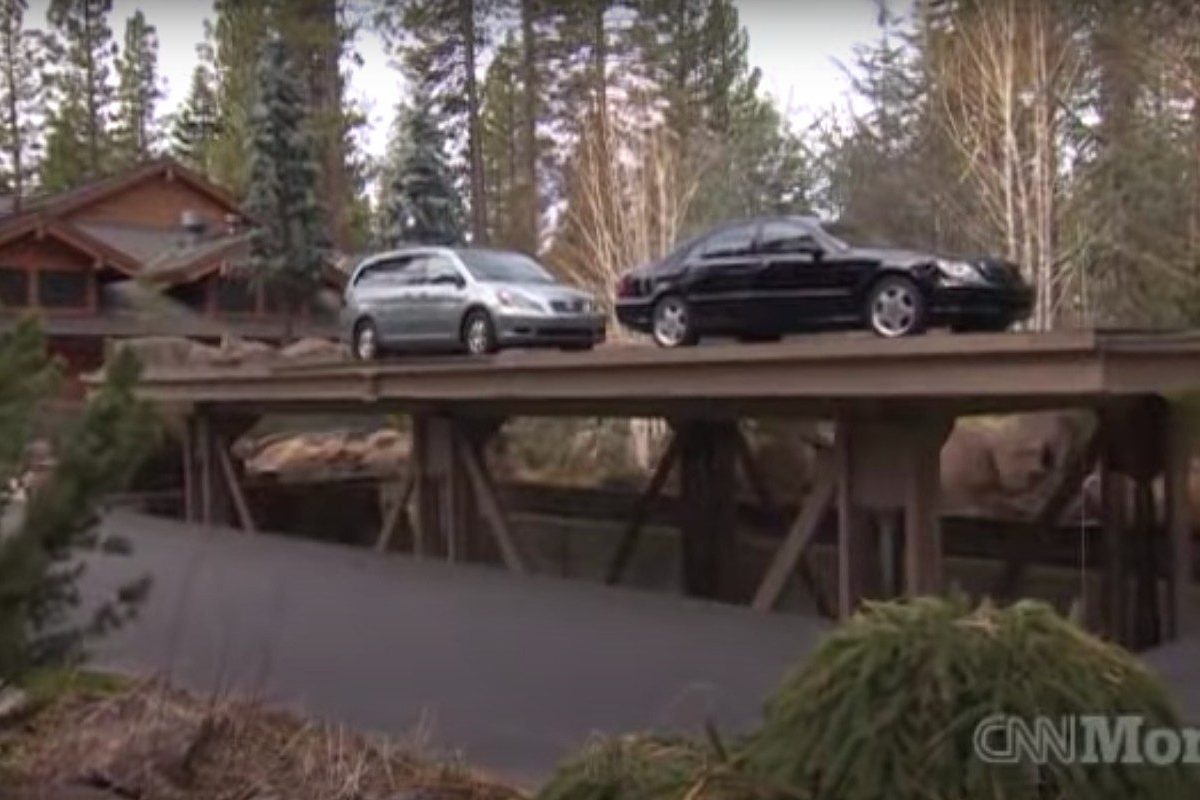 If you think you’ve seen it all when it comes to over-the-top luxurious living, you need to check out Tom Gonzales’s $50 million estate in Lake Tahoe. The internet millionaire started putting together the 21,800-square-foot (19 bedrooms, 19 baths) compound in 1999, and it includes four luxury residences: the Main House, Lakeview House, Parkview House, and Carriage House.

“In summertime it’s heaven on earth,” Gonzales told CNN Money. “In winter, too, if you’re a skier.”

Obviously, this estate has all sorts of amenities, but since we’re a car site, we’ve got to talk about the 30-car underground garage. Check it out in the video below!

Read More: This Supercar Garage in Qatar Is Guarded by 2 White Lions

The 12,000-square-foot underground garage can hold 30 cars, plus several motorcycles. Right outside the Carriage House, the garage is camouflaged by rocks and both real and artificial plants to really give it that secret-lair effect.

But, how exactly does the garage work? Well, drivers simply pull into a custom-built aircraft carrier elevator, which is capable of holding 90,000 pounds. The elevator then lowers the cars into a two-level subterranean holding area. Pretty badass, right?

Now, Gonzales put his estate on the market several years back, and according to Kerry Donovan, a real estate agent for the listing broker Chase International, this garage is definitely a huge selling point to the whole kit and caboodle.

“There’s a seating area,” she said. “It has a sound system, a kitchen, and it’s so clean you can eat off the floor.”

Hey, we were sold at “underground garage,” but the rest of this stuff doesn’t hurt either.