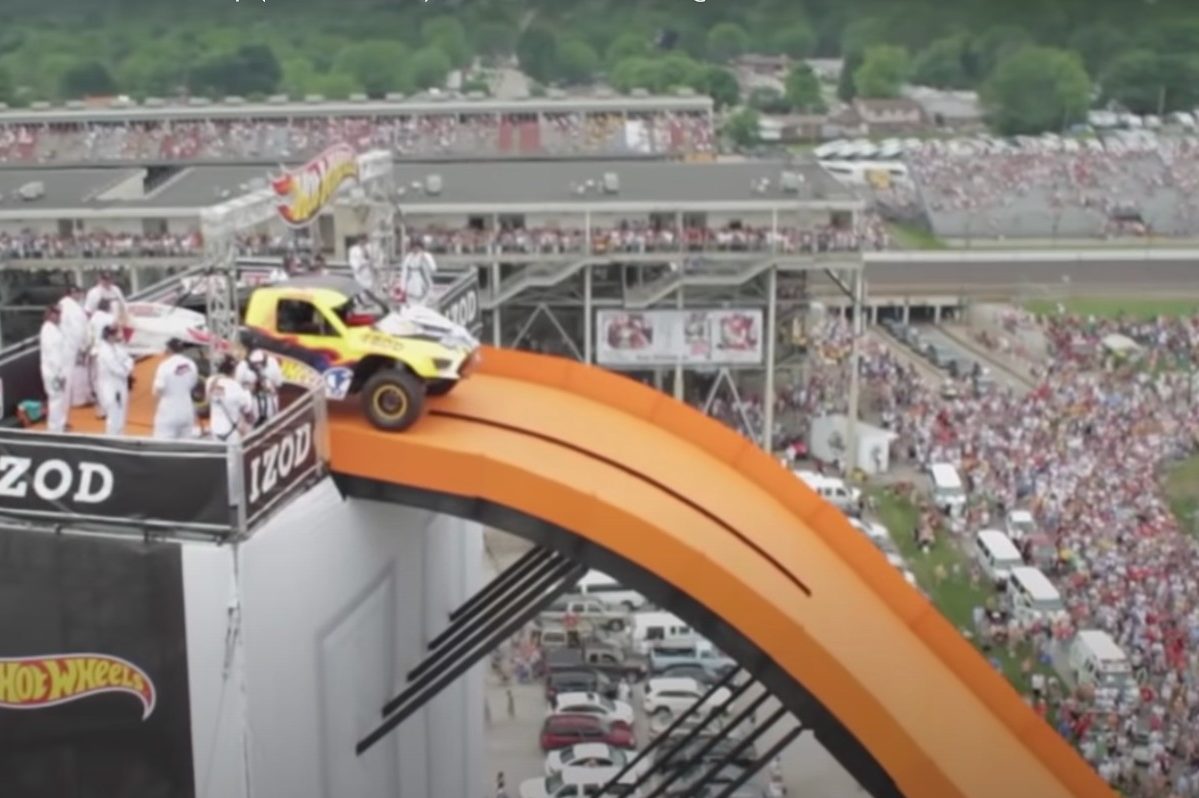 Whenever you hear the name “Hot Wheels,” you probably immediately associate it with the little toy cars from Mattel you used to play with when you were a kid. But, don’t confuse what Team Hot Wheels driver Tanner Foust does for child’s play. A professional Rally Car racer and stunt driver, this guy is as badass as it gets.

Back on May 29, 2011, right before the Indianapolis 500, Foust broke the world record for distance jump in a four-wheeled vehicle. Dropping 10 stories down 90 feet worth of orange track, Foust soared 332 feet through the air in a Hot Wheels car, breaking the previous record of 301 feet.

For an incredible finishing touch, Foust unmasked himself right after the world record jump, as his identity had been a mystery up until that point. What an awesome moment!

Read More: 10 Facts You Should Know About the Indy 500

“As a kid playing with Hot Wheels, I could only dream of experiencing something as outrageous as a life-sized V-Drop track set, and today it became reality,” Foust said in a Hot Wheels press release following the new world record.

If you’re not familiar with Foust’s resume, the 46-year-old Los Angeles native has a number of seriously impressive accolades under his belt.