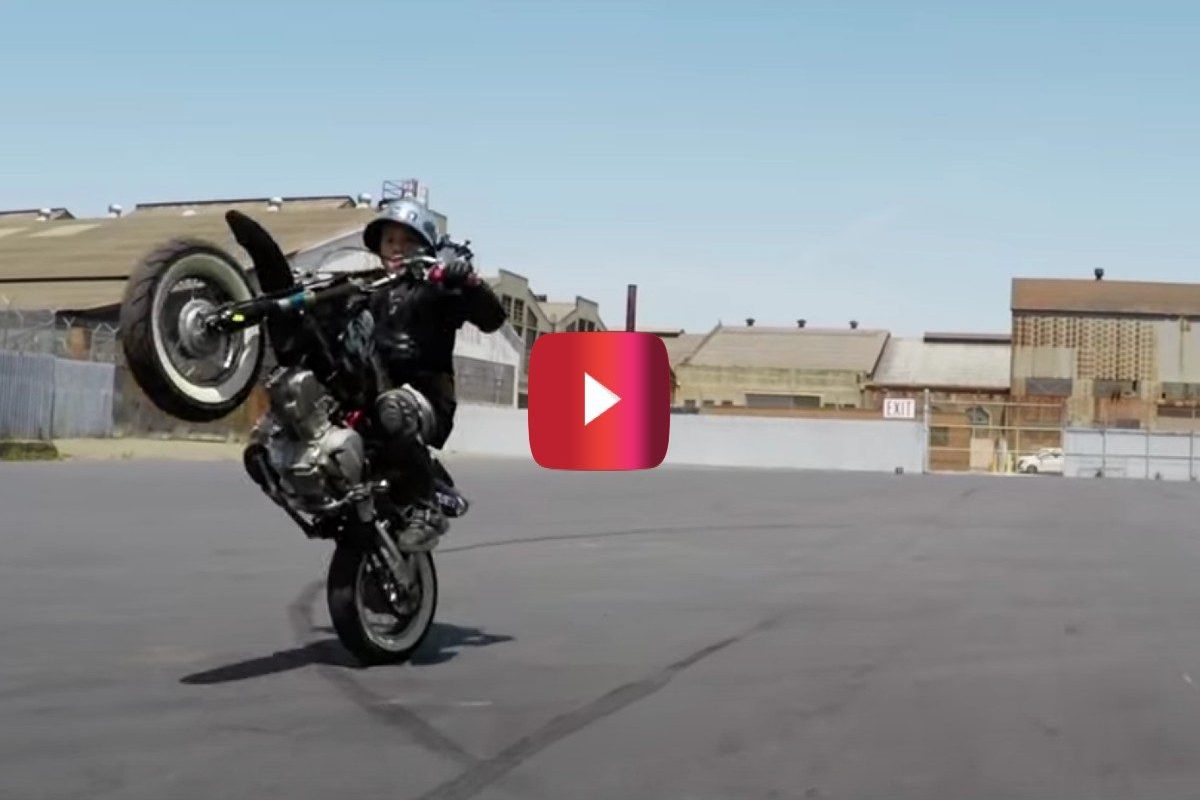 Let me introduce you to AJ Stuntz. This kid may be young, but he certainly doesn’t let that hold him back from very much. Born into a world of motorcycles, he was already on two wheels by the time he could even walk.

Check out this impressive video from GoPro, uploaded when AJ was only six years old, highlighting his incredible abilities.

Riding everything from dirt bikes to stunt bikes, AJ has impressively progressed with his skills year after year. Some folks out there have been riding an entire lifetime and still wouldn’t be able to pull off a controlled wheelie, but this kid does it like it’s nothing. Of course, having the strong influence of Jason Pullen, a professional stunt rider and AJ’s mentor,  undoubtedly aids in developing his skills. It takes a certain kind of person to truly learn these stunts on motorcycle, but AJ has the determination to keep going, even if he falls down from time to time.

This video was taken back in 2015, so I was a bit curious as to what he’s been up to lately. Unsurprisingly, he’s still at it. In fact, AJ seems to be involved in all kinds of things. He does stunt shows, he’s recorded his own song and music video, and he was even featured on the Ellen Show, where he jumped his motorcycle over two Harley-Davidson bikes, and then, for his second stunt, jumped through fire.

Talk about a wild child! But, you can’t help but respect his talents. Most kids at his age just hang around the house glued to their iPad, so it’s awesome to see him out there having fun.

If he’s already starting to make a name for himself at this age, I can only imagine what the future holds for this young shredder. Hopefully, he continues to do what he loves, but I can almost guarantee this won’t be the last we’ve seen of AJ Stuntz.