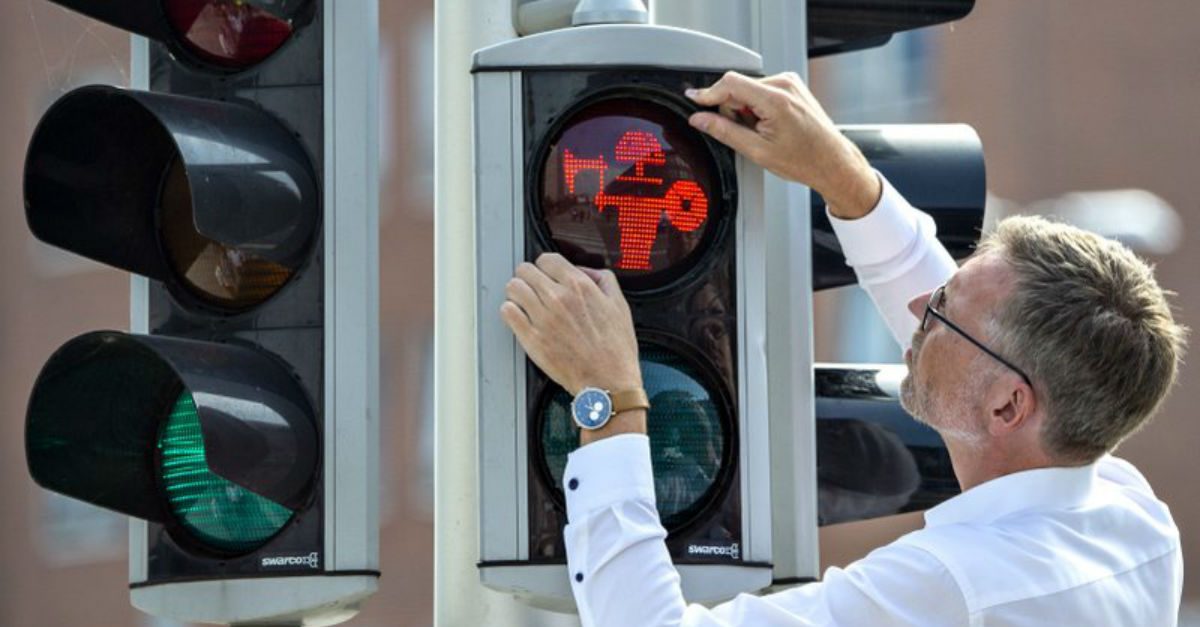 COPENHAGEN, Denmark (AP) ? It?s safe to cross when the green Viking is walking, but stop when the red one is standing. That?s the message to pedestrians in Aarhus as it unveils new crossing signals to celebrate the history of Denmark?s second largest city.

City council member Buenyamin Simsek, in charge of technical matters, on Monday unveiled the first of 17 traffic signals featuring Vikings holding axes and shields, but no horned helmets ? there is no evidence that Viking helmets really did have horns.

The lights will form a circle around downtown Aarhus, which was founded by the Vikings in the 8th century and became a bustling harbor city.