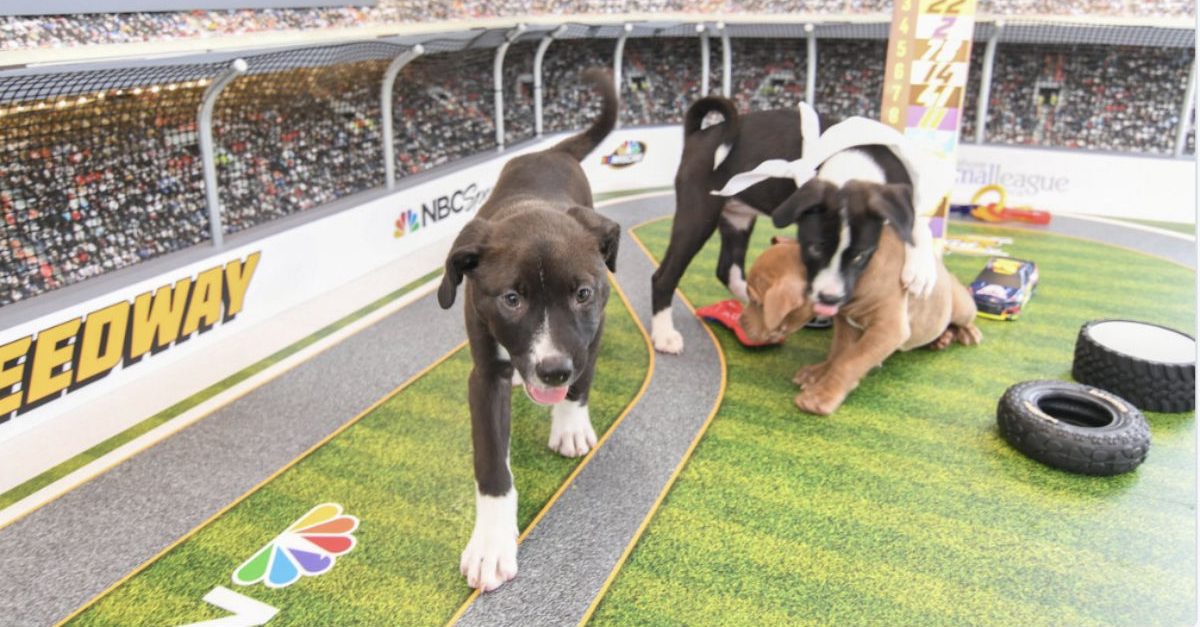 If you like NASCAR, puppies, and just all-around fantastic causes, then the “NASCAR on NBC Pup Series” is for you.

Ahead of the Brickyard 400 in Indianapolis next weekend, the animal adoption campaign, which is hosted by NBC Sports and National Shore Animal League America, is coming to Monument Circle, where folks can watch puppies posing as some of NASCAR’s finest adorably stumble and bumble their way around a custom-built NASCAR track model.

With such names as Paw-stin Dillon and Chase “Your Tail” Elliott (fingers crossed that legends Richard Puppy and Darrel Wooftrip can make it this year), every participating pup is up for adoption.

Read More: How in the Hell Does a Puppy Get Stuck in an Engine? Well, This Puppy Somehow Found a Way

Having kicked off in late July in Orlando before NBC Sports? coverage from Daytona International Speedway, the NASCAR Pup Series is set to host six different adoption events all around the country to raise awareness for animal homelessness.

Even Kyle Busch has gotten involved in the great cause. In early August ahead of the Go Bowling at the Glen race at Watkins Glen International, Rowdy stopped by the Megyn Kelly Today show to spread the word about the fantastic campaign.

They even had a little puppy race at the end. (Spoiler alert: Barkin’ Truex Jr. is about as dominant as racer as his namesake driver).

#Puppies and #Nascar what else do you need? @KyleBusch is here and we're putting on a puppy race with @AnimalLeague! pic.twitter.com/jgVPUSc8Kr

If you don’t agree, then I have some pretty competitive puppies who’d like to have a word with you.

That moment when you have to nope out of a submarine tour and there’s literally a container of puppies to ease the anxiety! #miraclepuppies #nascarpupseries

Watch: Check out This Amazing Bodycam Footage Of Police Rescuing a Puppy from Hot Car