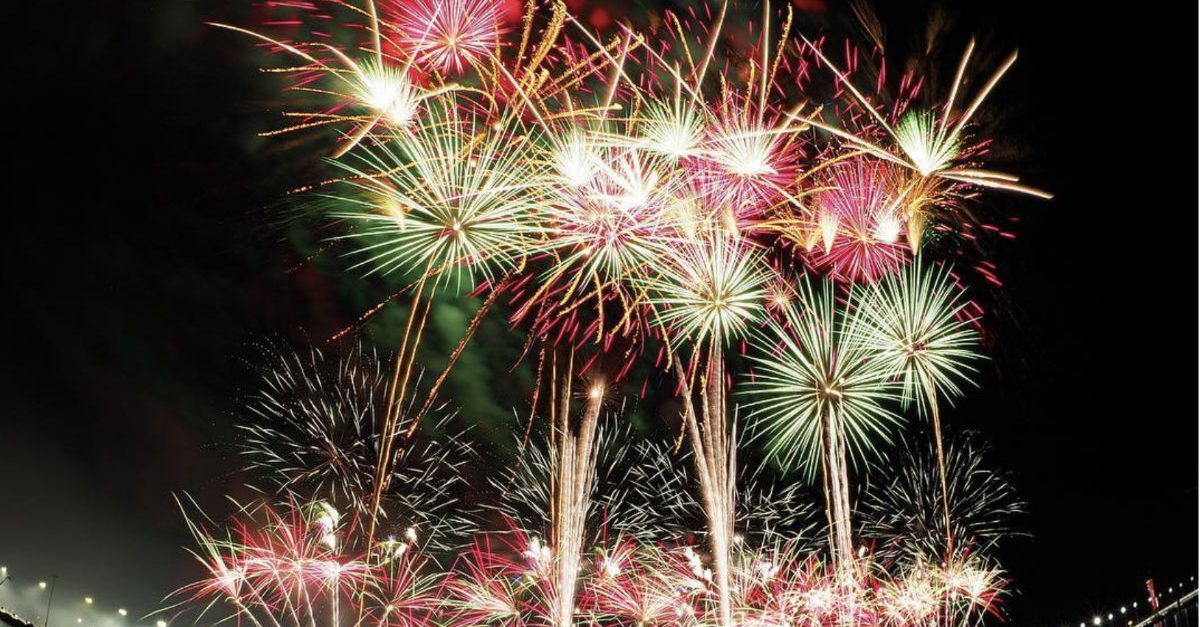 Daytona International Speedway in Daytona Beach, Florida has been the site of the Coke Zero Sugar 400 since 1959 (though the race has gone by different names in the past). Since 1988, the race has been held around July 4th weekend, and given the race’s proximity to that special day, there is one thing that Daytona has really excelled at pulling off year after year following the race: an amazing fireworks display.

Who do you think will win this weekend's #CokeZeroSugar400?

A post shared by Daytona International Speedway (@disupdates) on Jul 2, 2018 at 2:01pm PDT

We've had our fireworks! How are you spending your #4thofJuly?! 🎇🎆

A post shared by Daytona International Speedway (@disupdates) on Jul 4, 2017 at 4:07pm PDT

Whether you’re shooting them off in your backyard, watching them in a prime lakeside spot, or enjoying them after a 4th of July concert, a fireworks show is fantastic no matter where it is. That being said, there’s something about fireworks over Daytona during Independence Day weekend that really is on a whole other level of magical.

When it comes to the weekend’s festivities, the World Center of Racing really pulls out all the stops. This year in particular, according to ESPN, the racetrack is partnering with NASCAR and Coca-Cola to offer all military members and their families special R&R suites.

All military members and their families will have access to a pair of Midway suites within the facility where they can take a break from the busy day of activities at Daytona International Speedway to cool off and enjoy complimentary Coca-Cola products and snacks. The suites will be accessible from 3:30 p.m. through the end of Stage 1 of the Coke Zero Sugar 400. Throughout the day, a number of special guests will visit the suite and participate in question-and-answer sessions including Monster Energy NASCAR Cup Series driver and 2008 DAYTONA 500 champion Ryan Newman at 4:40 p.m.

Isn’t that great? Good on Daytona for showing its support for the hard-working men and women of the American Armed Forces.

As far the Coke Zero Sugar 400 itself is concerned, it’ll be interesting to see what the end result will be. Will Denny Hamlin get his first win of the season? Will Brad Keselowski get a much-needed victory? Will Kevin Harvick win this race for the first time since 2010?

Whoever ends up winning this year, there are sure to be fireworks at Daytona, both literally and figuratively.

READ MORE: What Does 5000 Fireworks Going Off At Once Look Like?