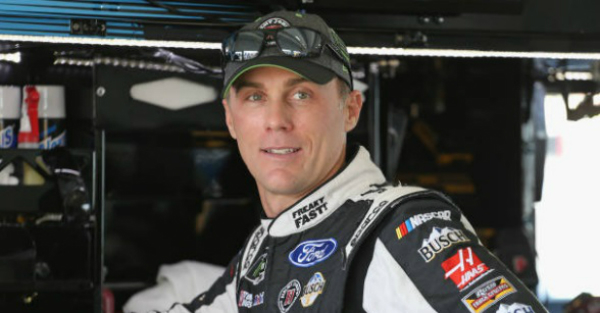 NASCAR has made several changes to the schedule for the 2018 Monster Energy Cup Series season, but Kevin Harvick thinks it’s not quite enough.

Harvick thinks the changes that have been made are good, but would like to see a rotating championship race. Instead of finishing the season at Homestead like they have since 2002, he’d like them to switch things up a bit, according to autosport.com.

RELATED: Kevin Harvick?s wife post a photo that will give you all the feels

“There needs to be a rotation of the championship race,” Harvick said. “I don’t think we should go to Homestead-Miami every year.”

“I think it gets stale,” added Harvick. “It is a great race track but it isn’t all about the race track.”

He may have a point, if you think about other championships for various sporting events, they’re held at different venues. From NCAA football and basketball to the NFL’s Super Bowl the location changes annually and no matter what — the people come.

“It is about the event,” Harvick said. “How many times have you had a crappy Super Bowl but everybody goes to the Super Bowl because it is an event?”

The changes that have been made for this season are likely to have an impact. For the first time, drivers will race a road-course in the playoffs when the run the Roval at Charlotte in September. Las Vegas and Richmond will each be included in the playoff stretch for 2018.

Harvick said the changes to the title run are along the right lines, but he would like to see NASCAR do more. He said it would be better for the media as well since there is something guaranteed to write about. If something good comes from it, it’s just an added bonus.

“We need to create more of our own headlines like that, that are slam dunks,” Harvick said.