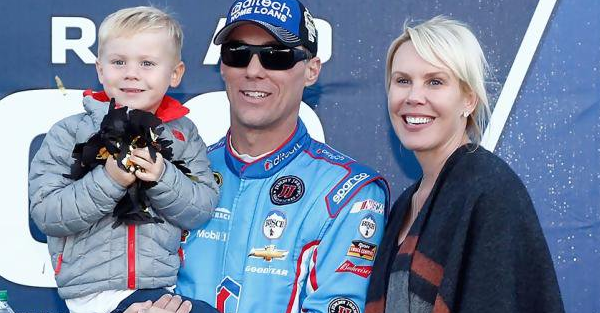 Just a few short days ago, 2014 NASCAR Cup Series champion Kevin Harvick made an announcement and shared the news that his wife DeLana had just given birth to the couple’s second child, a little girl named Piper Grace.

Piper Grace was born this past Thursday and in the perfect moment to reveal a slight glimpse of the little one, she did so with a New Year’s Day post. The post was a simple pic of young Piper Grace holding her big brother Keelan’s finger. Needless to say the post had an instant feel good effect.

Thank you all so much for all the sweet messages! Wishing you all much health, happiness and love in 2018! #harvickpartyof4 👨‍👩‍👧‍👦 pic.twitter.com/Kl128RaNVS

The couple’s son Keelan seemed to be ecstatic of the new role as big brother which was evident by a post Kevin shared a few days ago.

Miss Piper Grace joined the gang Thursday night! Everyone is healthy and we have an extremely excited big brother! pic.twitter.com/Th2KdXyy1B