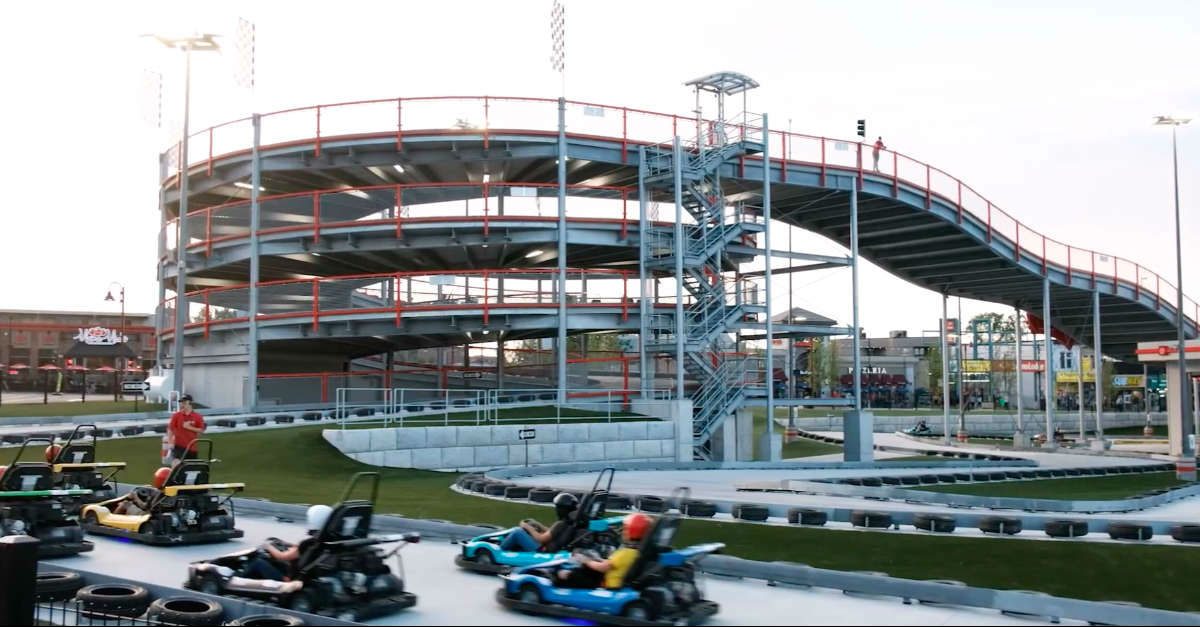 Question: If you didn’t play Mario Kart growing up, did you even really have a childhood?

The classic Nintendo 64 racing video game offered the ultimate gaming experience for anyone who grew up during the ’90s, and while a number of iterations have come out since the first game’s release back in 1992, there’s just something about the original that seriously stands the test of time.

Case and point, if you mention Rainbow Road to most people, they’ll know exactly what you’re talking about. That track was the bane of most gamers’ existence, mainly because if you went too fast, you would go careening right off the edge and into darkness. Not the ideal outcome. Despite the track’s difficulty, there is somewhat of a pleasant retro nostalgia associated with it.

Well, one go-kart track in Niagara Falls, Ontario decided to capitalize on the nostalgia associated with Rainbow Road with a design that even those who have never played Mario Kart are sure to enjoy.

Obviously, there are just a few differences between Rainbow Road and the actual go-kart track in Canada. Namely, it’s not made out of an actual rainbow and go-karters won’t be able to go speeding off the edge of the track. Because, unfortunately, real life doesn’t have a little dude on a cloud that can just pick you up and set you right back where you started from.

The fact that you can drive up a massive spiraling column is pretty awesome though. So awesome, that it’ll have you humming a familiar tune.