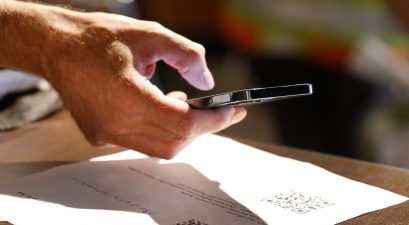 There are some stunts that most of us just have better sense than to try. Cars are expensive, there are other drivers on the public roadways, and really, too much can go wrong so very quickly. It’s best to leave these types of “what if” scenarios to the professionals, who have the equipment and throwaway cars and closed courses where you can test the laws of gravity and sanity simultaneously without undue risk.

In this experiment, we examine the laws of opposites. Have you ever been driving down the road and wondered what would happen if you suddenly slammed into reverse? I mean, we’ve definitely wondered this, but would never try it, because, you know, we care about our transmission at the bare minimum, and for the most part, we’d like to go home to try it again another day.

Fortunately, this driver from AutoVlog has a Ford Fusion that’s a perfect guinea pig. He’s certain that there must be a safety feature in place, so decides to test his theory.

Except, there’s no closed course. From a network of GoPro cameras and other in-cabin recording devices, we see that this driver is meandering public streets on his way to the highway. Wearing no more protective gear than a puffy winter coat, he sets out to reach cruising speed on what appears to be a regular old patch of highway. Even more nerve-wracking to the average cautious viewer, you can clearly make out other vehicles traveling around him, unaware that in just a few moments, he’s going to be experimenting with all of Newton’s laws and whatever forethought the team at Ford put into exactly this type of situation.

Yeah, don’t do this.