This Custom Peterbilt Hot Rod Is a Beautiful Monstrosity 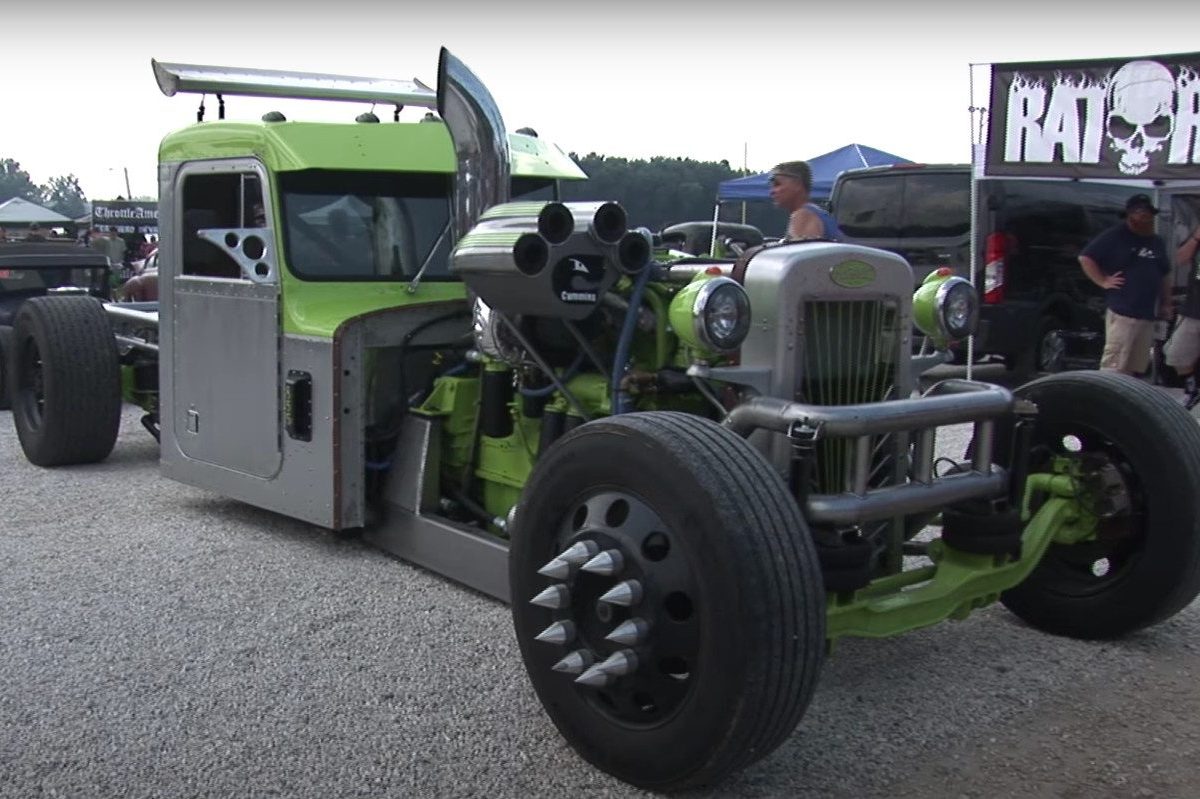 We’ve seen some incredible Frankenstein-like custom creations in our day, but this hot rod semi truck you’re about to see is on a whole other level of badass. Spotted at the Rat Rod Magazine Build Off and Shapiro Steel Fest back in September 2016, this tricked-out hot rod is rocking the modified, chopped, cut, and welded chassis of a 1984 Peterbilt big rig, while a Cummins diesel engine powers the hulking monstrosity.

But, enough words. Just check out this custom Peterbilt hot rod for yourself.

Read More: A Turbo-Swapped Dodge Dart and a Chevy S-10 forget There Are No Turns in a Drag Race

It has a fully custom built tube chassis like you?d see on a race car, only if you notice the actual size of the tubing is significantly larger than what you?d normally see. There?s almost no bodywork and its got an open wheel design so in a sense it?s kinda like an Ariel Atom because you can see the suspension and all the other moving parts working as you drive down the road.

We also thought it was a great touch to have the massive exhaust pipe, often referred to as ?stacks?, sticking straight up off the enormous motor that?s been painted bright green and is a major focal point of the truck.

Needless to say, this thing would absolutely CLEAN UP if there were ever a zombie apocalypse. I mean, it’d be mowing down the undead left and right. It’s mean, man. It’s freakin’ mean!

Kudos to the team that put this hot rod together. Bravo. Well done. As far as custom semi trucks go, this has to be one of the coolest things we’ve ever seen.