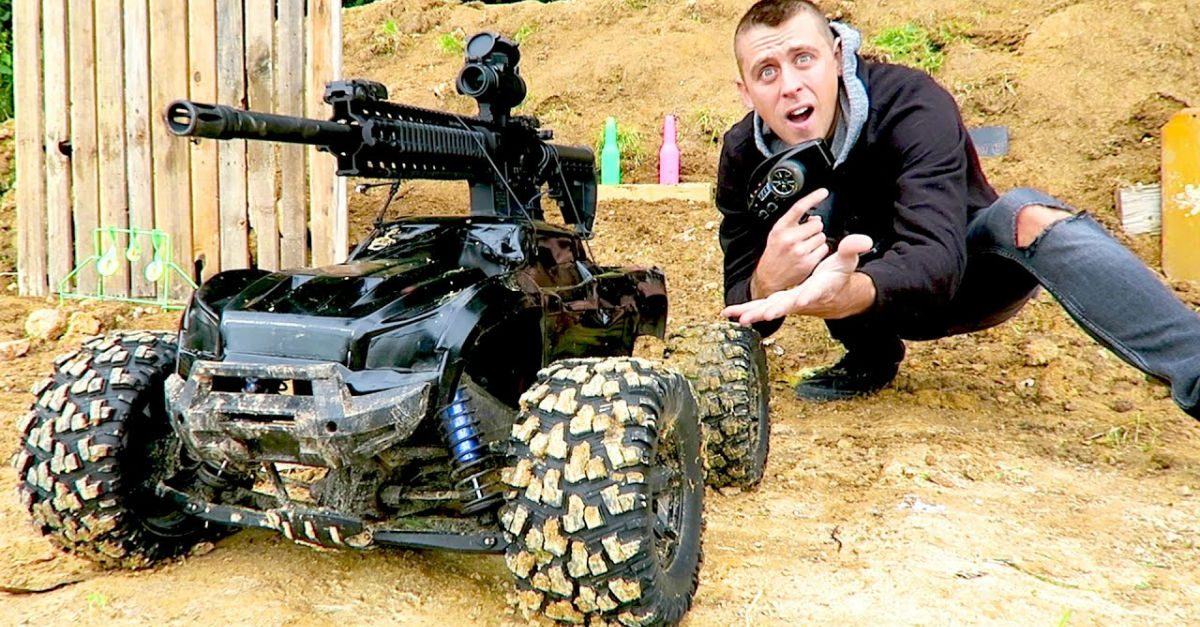 Who said RC trucks were just for kids? People who have never thought to mount a rifle to the top of one, that’s who.

Back in 2016, YouTuber Roman Atwood, who’s typically known for his prank and stunt videos, embraced his inner gearhead when he mounted his AR-15 to his Traxxas Xmaxx and tested that sucker out. Needless to say, this isn’t something you should be trying at home.

“We had fun just watching the gun shoot from the body of the truck,” Atwood writes in the video’s description. “And being able to shoot the AR-15 from the rope was pretty crazy too.” Clearly, our guy Roman is basically just a kid trapped in an adult’s body. You love to see it!

If that video inspired you to buy an RC truck for your kid or (and it’s okay to admit this) yourself, that’s what Amazon is for. These things aren’t cheap, though. At least if you’re looking to get a Traxxas X-Maxx model. The Traxxas X-Maxx 8S 4WD Brushless RTR Monster Truck, for example, will run you about $900. That said, feature-wise, the 8S comes with 30+ Volts of power, Maxx-duty drivetrain, torque-biasing center drive, and can reach speeds of 50+ MPH.

If you want something a little less expensive, this RC truck from LÆGENDARY will do the trick. At around $160, this four-wheel drive, 1:10-scale truck is waterproof and can reach speeds of up to 30 MPH. Thanks to the oil-filled metal shocks, you’ll also be able to drive it through just about any terrain, including beach, sand, rock, or concrete road

Just don’t try mounting an AR-15 to this thing.