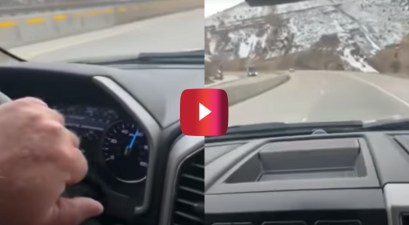 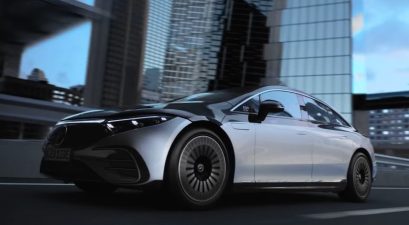 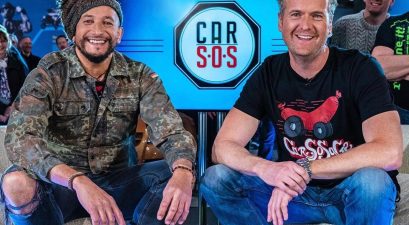 YouTuber Bug BMX — whose real name is the evidently less cool-sounding Kyler — has made somewhat of a name for himself online for doing some pretty ridiculous things to his Dodge Ram Cummins and other vehicles that he can get his hands on.

For one of his viral experiments, the truck aficionado replaced his lifted truck’s big wheels for some tiny wheels just to see what would happen. Now, obviously, this is quite the dangerous undertaking, which Bug BMX doesn’t seem to mind all that much. Judging from a few of his other videos, he’s not all that worried about safety precautions or any of that other boring stuff.

As Jalopnik breaks down for us, this is where the test could have gone terribly wrong.

The wheels in question appear to be what we in the car world would call 12 inch steelies, but the truck world recognizes them for their full 21 inch diameter, tire included. It’s just enough to keep the rear differential pumpkin off the ground.

The problem is that the trailer wheels and tires are for a five-lug vehicle, and to get them to fit, Bug has to cut them for four-lug. In a spirit of not-giving-a-shit, he gets the job done with a plasma cutter, which quickly leads to the wheels making some very distressing popping noises as it drives around, the several thousand pounds of tall boy pickup pressing down on them.

Read More: This Brand New $60,000 Chevy Silverado Was a Total Loss After Being Completely Submerged in a Failed Boat Launch

Bug BMX finds a way to make his little experiment work without so much as a hitch, and the end result is actually pretty cool. While the burnout he pulls off isn’t the most epic of all time, it does make for a pretty hilarious scene.

But, as cool as the video looks, whatever you do, just don’t try this at home. It probably wouldn’t have the same ending.