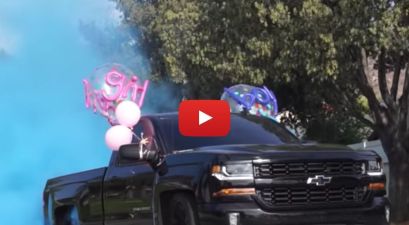 What we’ve got right here is a short-and-sweet fail video from out of Nashville, Tennessee. But, just because it’s only nine seconds long, doesn’t make it any less painful to watch.

Starring a tow truck, a Ford Mustang, the seriously unfortunate owner of the Mustang, and a crowd of interested onlookers, this video is a quintessential from-bad-to-worse scenario. Really all you can do while watching it is cringe. And then hit play again, and thank the Lord that you weren’t any part of this ridiculous mess-up.

“I was driving down a road and stumbled across this accident,” writes the video’s uploader. “It occurred on October 26, 2019. The truck was trying to pull the Mustang out of the ditch but ultimately put it in another ditch and causing further damage to the car.”

YIKES. That hurts. That just really hurts. Now, it’s hard to tell from the video, but it doesn’t look like ‘Stang was all that banged up after getting pulled out of the first ditch. Maybe a couple of scratches and scrapes, but no real significant damage.

The car’s rude introduction to Ditch No. 2, on the other hand, probably led to a little bit of front bumper damage. To add insult to injury, the guy running after the Mustang (presumably the owner) tries to stop the disaster from happening, but realizes he’s too late and just has to come to terms with the fact that it’s just one of those days where nothing seems to go right.

Let this be a lesson to all you drivers out there: Be super cautious while driving on slick and wet roads. Not to assume anything, but the Mustang driver probably could’ve avoided this whole thing to begin with if he’d driven a little bit slower coming into that turn. But, hey, that’s life. You live and you learn.