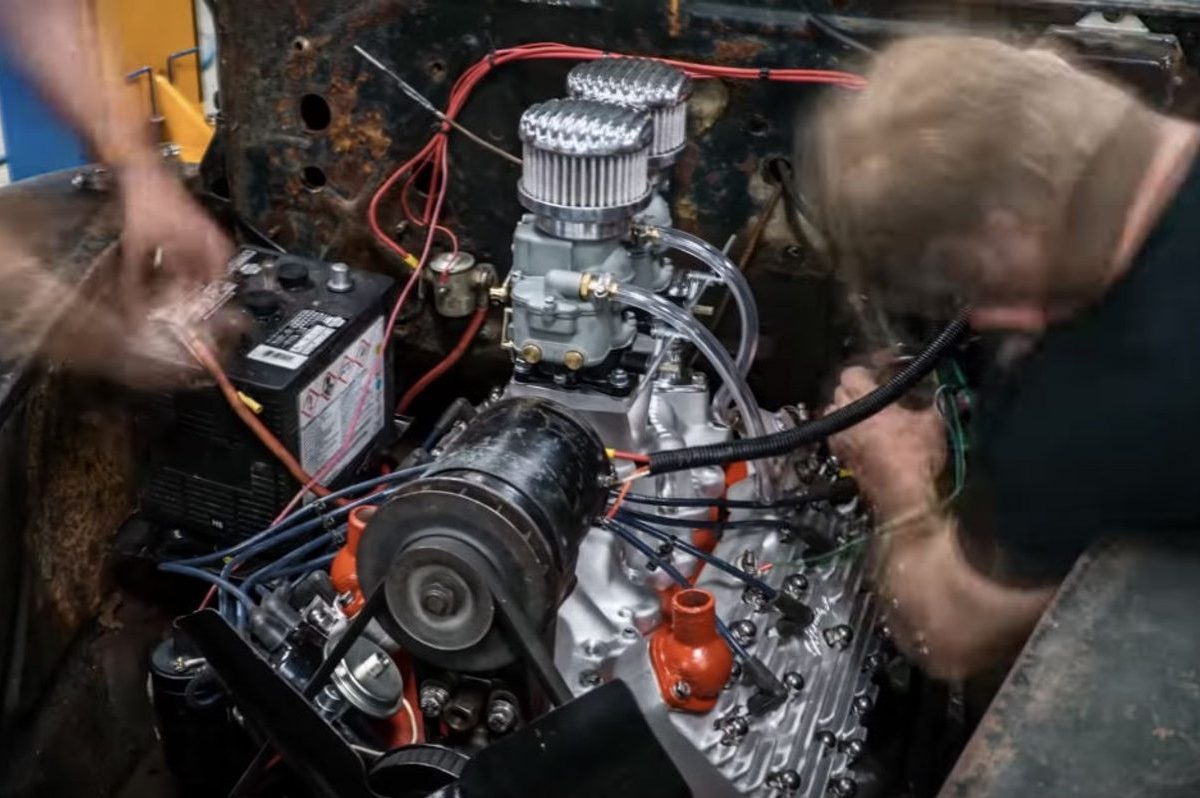 The folks over at Hagerty have mesmerized many a gearhead over the years with Redline Rebuild, a video series that showcases time-lapse engine rebuilds. Back in 2016, they showed what it took to put together a Ford flathead V8 engine. Sourced during Hagerty’s Swap to Street 100-hour build of a 1946 Ford pickup truck at the 2015 Hershey Swap Meet, the V8 put up over 4,000 miles before getting the rebuild treatment.

Hagerty distilled six days and 40,000 photos worth of incredible construction into a six-minute V8 rebuild video, and you’re definitely going to want to check it out for yourself.

Read More: Looking for an Epic DIY Project? Check out These 6 Kit Cars and Get Inspired!

The Ford Flathead V8: One of the Most Iconic Engines Ever Built

Launched by Ford Motor Company in 1932, the Ford flathead V8 (also known as the Ford flathead, flathead Ford, or simply flatty) was considered an engineering marvel and holds an important place in the classic car, hot rod, and gearhead communities. With 221 cubic-inches of displacement, the flathead Ford V8 engine drew attention for its many components, from the crankshaft to the innovative engine block to the easily replaceable and low cost rod bearings and cam bearings.

After the engine was developed, gangster John Dillinger actually wrote to Henry Ford himself, saying ?I want to thank you for building the Ford V-8 as fast and as sturdy a car as you did.?

Though the engine’s practical use fizzled out in the ’50s as more powerful V8 engines were developed, the Ford flathead V8 still remains extremely popular for classic car hobbyists, and as you can see from the above video, the entire rebuild process is pretty incredible.