Looking for an Epic DIY Project? Check out These 6 Kit Cars and Get Inspired! 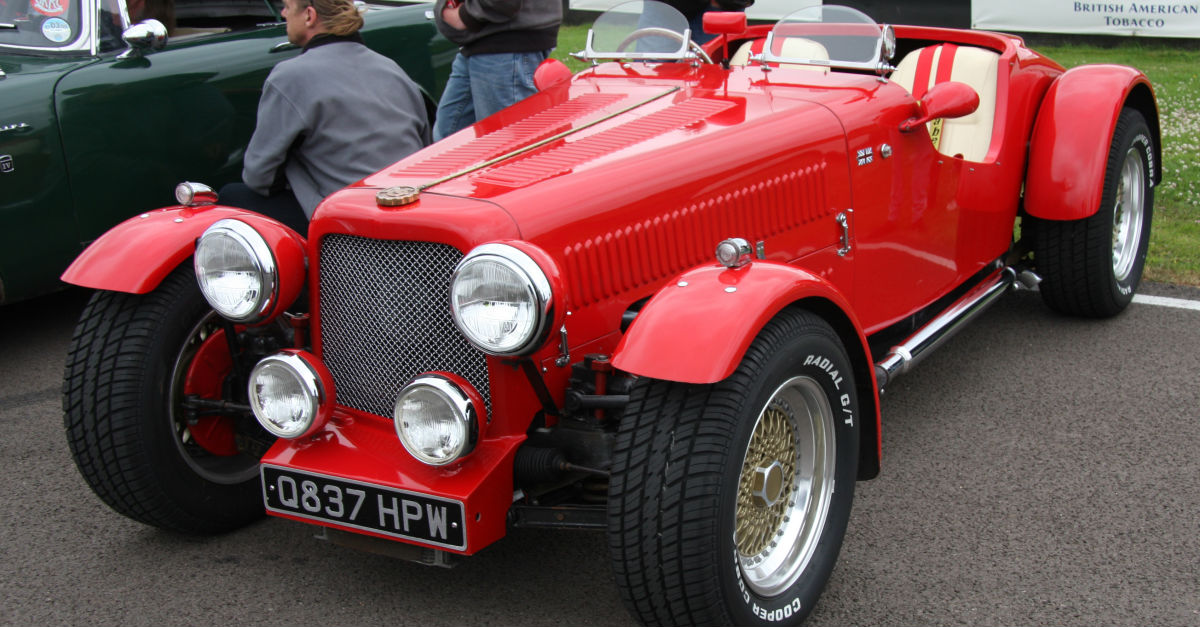 When it comes to DIY projects, it doesn?t get much more “yourself” than assembling an entire car. And, if you?re going to be essentially functioning as your own assembly plant, you might as well manufacture yourself something memorable.

These six kit cars are ready to purchase and build. They shouldn?t require a massive auto shop or even many specialized tools. Some are even made to be assembled with common household tools. Others are designed with maximum performance or style in mind. Of course, you?ll save a pretty penny assembling your own vehicle, but we went ahead and included some outrageous models that will cost you a pretty penny more.

What Are Kit Cars?

Kit cars are what you?d think they are. You purchase all of the parts for an automobile as a unit from a manufacturer and then assemble the parts yourself. Many kit cars do not include the engine or other salvage parts you?ll need to find. Some also require a donor car for specific parts, since the parts aren?t something you?d find in salvage. Kit cars also usually emphasize unique looks or replicas of unique sport and muscle cars

How Much Do Kit Cars Cost?

As with most products, there is a wide range of price points available. The most affordable on this list is less than $10,000. There is virtually no upper end on a kit car price tag, however. In general, the idea is that you?ll be getting more for your money if you assemble yourself. So, if you find yourself astonished at some of these kit cars? relative affordability, that?s normal. Our first two kits are actual supercars, for instance, which cost about the same price as a refurbished Honda Civic.

Thanks to the efforts of leading body kit designers over at Factory Five, you don?t have to be a billionaire to drive like one.

Our first model is their flagship GTM fiberglass and metal GTM supercar which is available for $24,990. You?ll also need to purchase a 1997-2004 Chevy C5 Corvette, since the Corvette drivetrain parts you?ll need to finish the kit aren?t exactly something you?d find in a salvage yard. So, yeah, maybe three or four Honda Civics, all things considered.

Factory Five?s been busy moving the street-legal high-performance kit car scene forward for decades. The Type 65 coupe was the next evolution of this advancement in 2000, and it still holds up well in today’s kit car world. It doesn?t go quite as fast as the GTM, but it handles like a true supercar and the style is undeniable. The 65 in Type 65 coupe refers to ’60s-era coupe model racers, so this one counts as both a replica kit car and a supercar. This is another partial turnkey, so you’ll need a donor car for this kit, as well.

Our third kit car comes from, you guessed it, Factory Five Racing, and it was one of the most classic cars in existence long before the famed Ford Mustang and Shelby collaboration. If you?re looking to turn heads without spending $1.5 million on an actual Shelby Cobra, a solid recreation can do the trick. Factory Five Racing offers a rebuilt an Mk4 Roadster replica car that mimics the looks of the classic 427 Cobra roadster.

The Lancia Stratos is one of the most sought-after racing and sports cars to date. It has won four separate World Rally Championships, and it’s certainly a rare motorsports legend. Only 492 Lancia Stratos were ever produced, so they are an extremely valuable collector’s item, well out of most consumers? price range. Fortunately, Lister Bell sells a worthwhile replica kit car!

When it first rolled off of production lines, the Porsche 917 was the most powerful supercars on the market with over 1200 horsepower from the twin-turbo option. Today, Race Car Replicas sells an outstanding replica that is a speed demon in its own right.

Caterham offers several variants of a Lotus 7 replica complete kits, if you?re looking for a real hot rod to turn heads. The Lotus 7 was known for its unique styling, and this replica certainly nails it.

Read More: Motorcycle-Powered Kit Cars Will Give an Ariel Atom a Run for Its Money