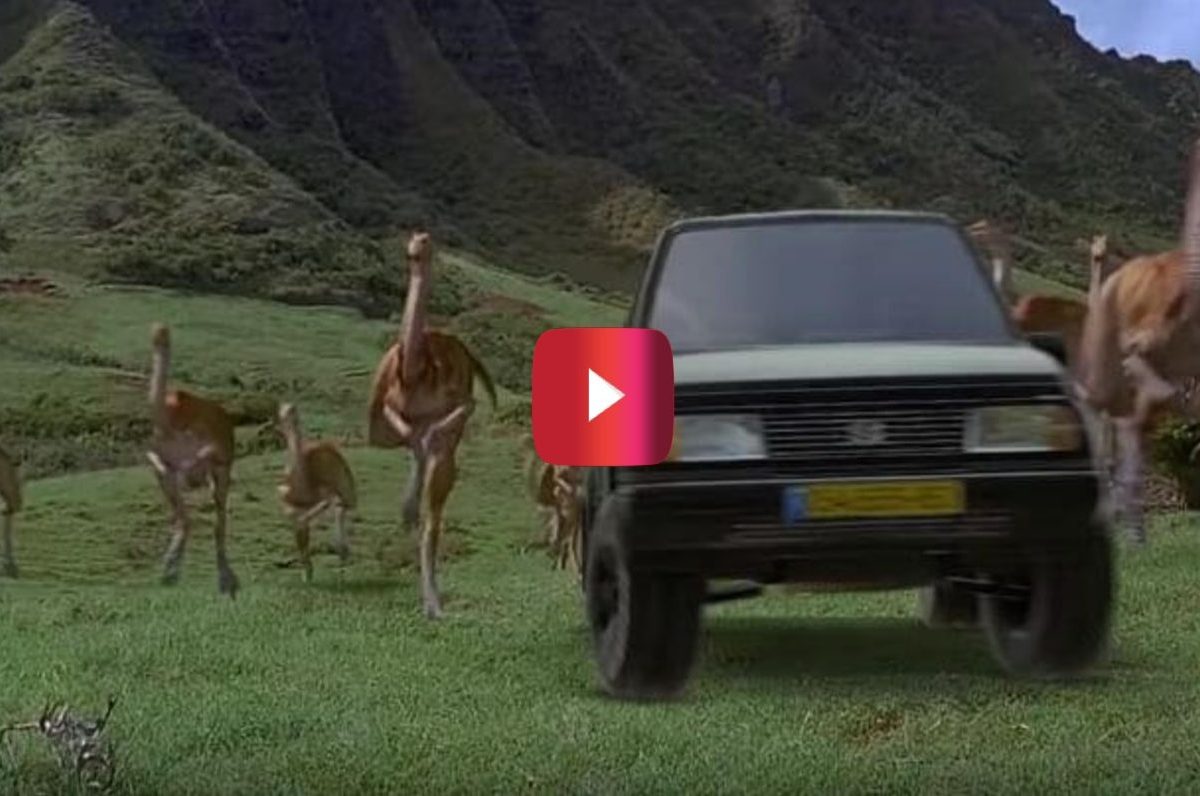 It’s durable, fast, more capable on the moon than Neil Armstrong, and somehow exactly what you’d expect from an Eastern European film editor with a car to sell.

In 2017, Eugene Romanovsky, who is a special-effects artist at the creative group Gravity in Tel Aviv, created what may be one of the wildest car commercials of all time. I mean, we’re still talking about it four years later, so it definitely had an effect on us, and had everyone talking when it first came out. It’s since racked up more than six million views and, honestly, deserves twice that amount.

Read More: Take a Trip Back to the 1960s When the Car Commercials Were as Wild as the Cars

The premise is simple. Eugene is a simple man. A simple man with a simple car: a 1996 Suzuki Vitara. But, as is true in any great tale, there is conflict: Eugene must sell his prized Vitara. Probably for something equally adventurous, like an Odyssey or Camry. The hero’s arc continues, and climaxes, when Eugene takes to the internet, making the perfect commercial. Even the title itself is simple and attention-grabbing: #BuyMyVitara – Suzuki Vitara ’96 for sale.

Now, we’ve got to talk about the production value on this. It’s incredible. Eugene definitely shows off his special effects chops here. He takes us through the safari, the desert, on top of a snowy mountain, into the ocean. We even get to take brief road trips through Jurassic Park, Mad Max: Fury Road, oh, and outer freakin’ space. What’s up, Neil?!

It’s almost certain that if Suzuki had Romanovsky in the ’90s, it would likely be Vitaras littering the roads of the Pacific Northwest, not Foresters. Truth be told, it might not be too late for the plucky off-roader.