The 10 Best Radar Detectors on the Market 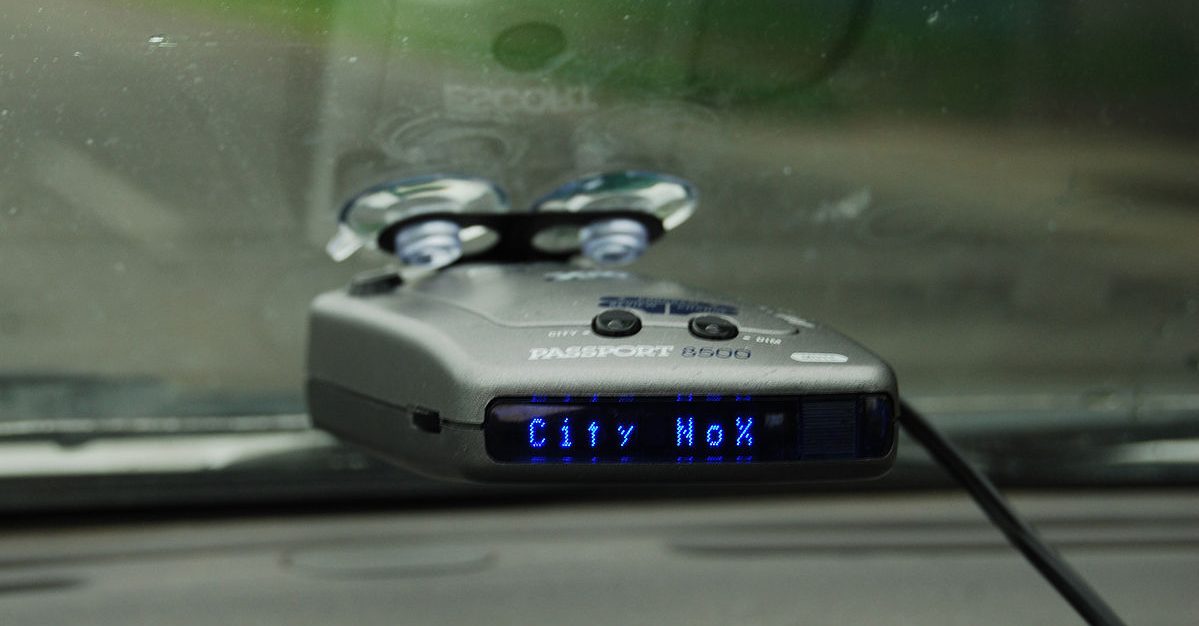 If you?re in law enforcement, you might be reading this and think, “Police radar detectors are bullshit and make my job harder.” To you, officer, we say that speed traps are also bullshit, so you can kinda just deal with it. In all seriousness, drivers should never go above the speed limit, and, if you get a speeding ticket, it’s probably your own fault, even if you are going the speed of traffic.

That being said, we all get a bit of accidental lead foot every now and then and getting caught in a momentary lapse is never enjoyable or financially prudent. To that end, in hopes of saving you a hefty fine, here are the 10 best radar detectors on the market. Some of these options include red light camera and speed camera detection, long-range frequency, false alert filtering, or voice alerts, so keep an eye out for those premium products.

Disclaimer: Radar detectors are illegal in Virginia, Washington D.C, and on all U.S. military bases. They are additionally illegal in commercial vehicles like semi-trucks in Illinois, New York, and New Jersey. There is such a thing as radar detector detectors, so you can get caught if you use them illegally. Radar jammers are banned under federal law.

This is the top-of-the-line, high-performance radar detector that has it all, from radar/laser detectors to Bluetooth compatibility. It will also auto-learn from its own mistakes in order to better filter out false alerts.  It will catch all types of radars, including ka bands and k-band. It has peak functionality with extreme long-range radar detection.

This is another premium windshield mount radar detector with a wide detection range and GPS technology. It also has auto-mute for rides under certain predetermined speeds.

This premium model features many of the same amenities as our top two picks, including 360-degree detection, auto-mute, auto-learn, Bluetooth, and extreme long-range detection.

Read More: Dash Cams Are Your Only Real Protection Against Accidents, Here?s 3 We Recommend

This Cobra radar detector will protect you from speed traps and police radar detectors with long-range capabilities and false alarm filtering and voice alerts.

This all-band radar detector is perfect if you want to ensure you?re protected and aware of any type or model of police radars. The Ultra-Bright Matrix Display is also quite nice on sunny days when OLED displays can become hard to read.

This high-performance detector picks up both laser and radar systems. It has city and highway modes for increased functionality, in addition to 360-degree detection.

If you?re looking to save a few dollars, this little detector gets the job done for a fraction of the price. It won?t have many of the quality of life features of other radar detectors, but it?s a great way to stay protected without spending hundreds of dollars.

This is another great detector if you?re looking to save on your police radar detection needs. You?ll get some features of higher-end products such as auto-learning. The package includes the detector, power cord, and an anti-slip mat.

To wrap up, we just want to remind you to stay safe and drive the speed limit. There is never a reason to risk your health or the health of your passengers and other drivers.

Read More: Have a Clear View of The Road with These LED Floodlights