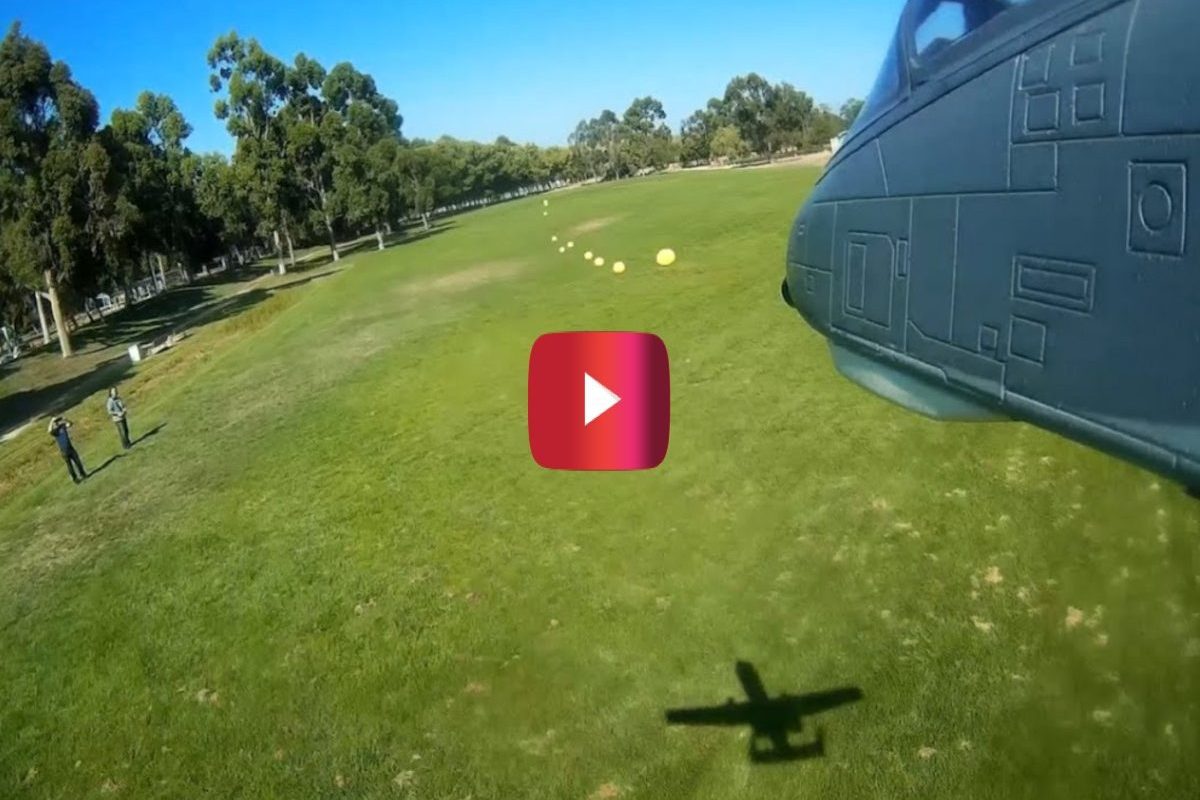 When boredom meets ingenuity, greatness can happen. By “greatness,” in this case, we mean a flying Nerf gatling gun. Right away, you don’t know exactly what you are looking at. You can hear the roar of the tiny RC plane engine and a launch of Nerf balls. Next, you are transported to the skies and see Nerf balls quickly released onto what looks like an unsuspecting golf course or large field. Look out below!

How much fun would it be to fly this around an actual golf course and harass the hell out of people playing with a toy blaster? Granted, this guy is using Nerf ammo, so it might not be the most accurate, but it would give a quick scare to someone before they demand to try flying it themselves.

Just a few simple hacks created this high-flying machine, making it perfect for anyone’s Christmas wish list. You know the folks at Hasbro are kicking themselves for not coming up with this first.

The guy in the video quickly reviews how he put it all together. He cut the belly of the plane the length of the Nerf chamber. Using the soft nerf pellets, he loads about 12 into the chamber. The chamber has been modified to remove the blocking mechanism, so the pellets can shoot from the opening in the plane. A wedge is placed in the back for tension. Next, a Velcro strap helps keep the chamber in place while in flight.

This totally takes me back to my childhood. I wish I was more prone to DIY back then. Watching makes me want to get a Nerf gun and start adding it to things. What would you add a Nerf gun to?