7 Best Nerf Guns and Blasters on the Market 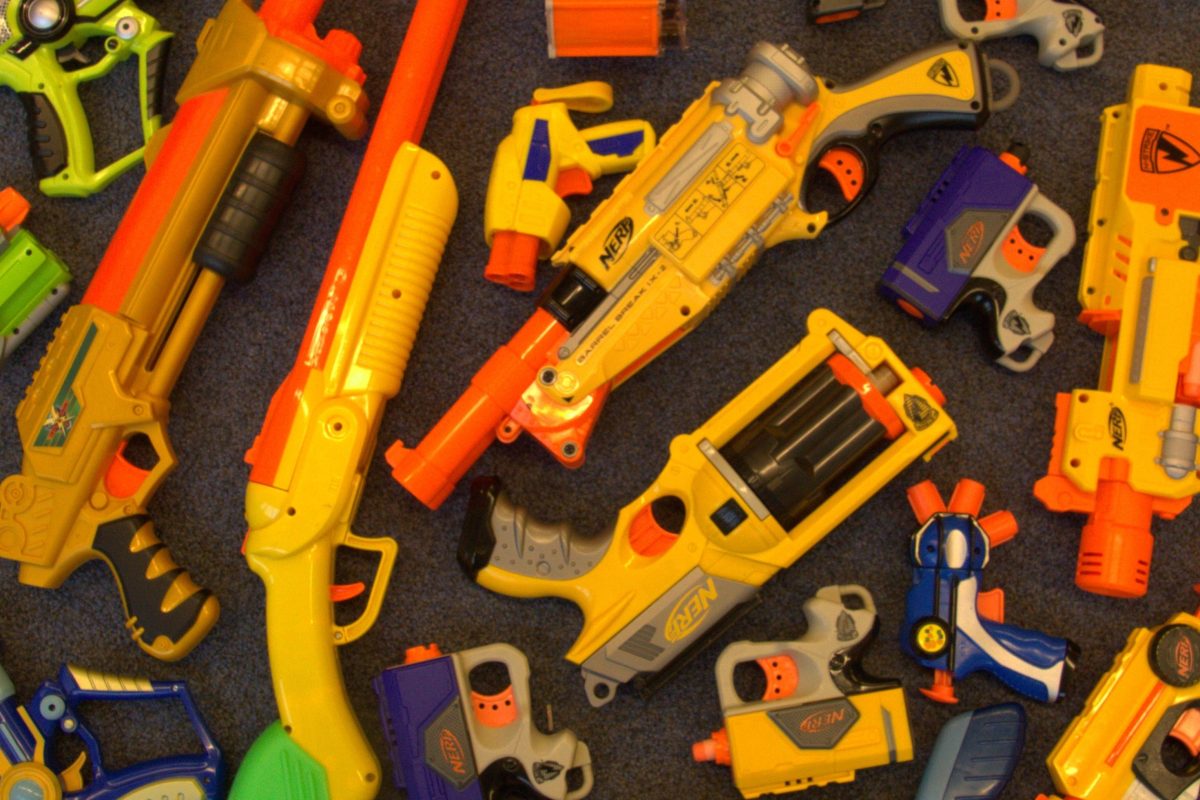 In the world of nerf guns, some blasters are more impressive than others. And some, well, some are just outright badass. If you want to leave an impact at your next nerf war, these are some of the best nerf guns on the market.

Each blaster has its own advantages and disadvantages, as well as a host of unique features and attachments, so choose carefully! Without further ado, check out these 7 beasts of the nerf gun world.

It might not be fair to call Nerf Modulus a nerf gun, at least in the traditional sense. With the growing popularity of home nerf modification, Nerf decided to release their own modular nerf blaster system, which allows enthusiasts to easily build and modify their own guns.

The Modulus Regulator is a great starter gun for the nerf modulus system. With over 1000 modifications and options available, you?ll be able to rig your blaster up with exactly the specifications you need.

The Nerf Mega line was created to introduce some of the biggest, longest, and most powerful nerf guns the world has ever seen. One particularly massive blaster, the Mastodon, incorporates a motorized firing system and 24-dart rotating drum. The rapid-fire mega darts can fire long-range over 100 feet.

One of our favorite sidearm dart blasters comes from the Nerf Rival line. This breech-reloading badass can fire nerf darts at about 90 fps and is extremely reliable, which makes it perfect for sticky situations in nerf wars.

Nerf?s Zombie Strike line is super popular, housing some of the more experimental nerf guns such as the Rip Chain, which uses a belt rather than a clip or magazine. If you?re looking to make an impact, the Rip Chain certainly leaves an impression — and not just from the foam darts. In terms of style, it?s hard to beat the Zombie Strike Rip Chain.

If you?re looking to up your intimidation factor on the battlefield, it doesn?t get much more menacing than the Nerf Doomlands Judge. This giant hunk of fun houses a 30-dart drum which fires three darts at a time.

The Nerf N-Strike Elite Hyperfire has one of the highest rates of fire of any nerf gun on the market. Shooting up to five darts in a second from the 25-dart drum, this submachine gun can certainly overwhelm the enemy. The Nerf N-strike Elite Hyper Fire can shoot about 90 feet.

If you decide to purchase one of these badass toy guns and blasters, remember that you might want and need some accessories and parts that are not included. Each Hasbro Nerf line fires it’s own ammo, for instance. Some of the bigger models require as many as six D batteries, so pay attention to that as well.

You’ll also want to consider your needs as a Nerf enthusiast. Depending on the firefight, you might be looking for bigger rounds, a longer range, etc. But, overall, the most important thing to remember is that you’re looking for the product that will bring you the most fun. If a nerf gun stands out to you, it’s probably the right choice.