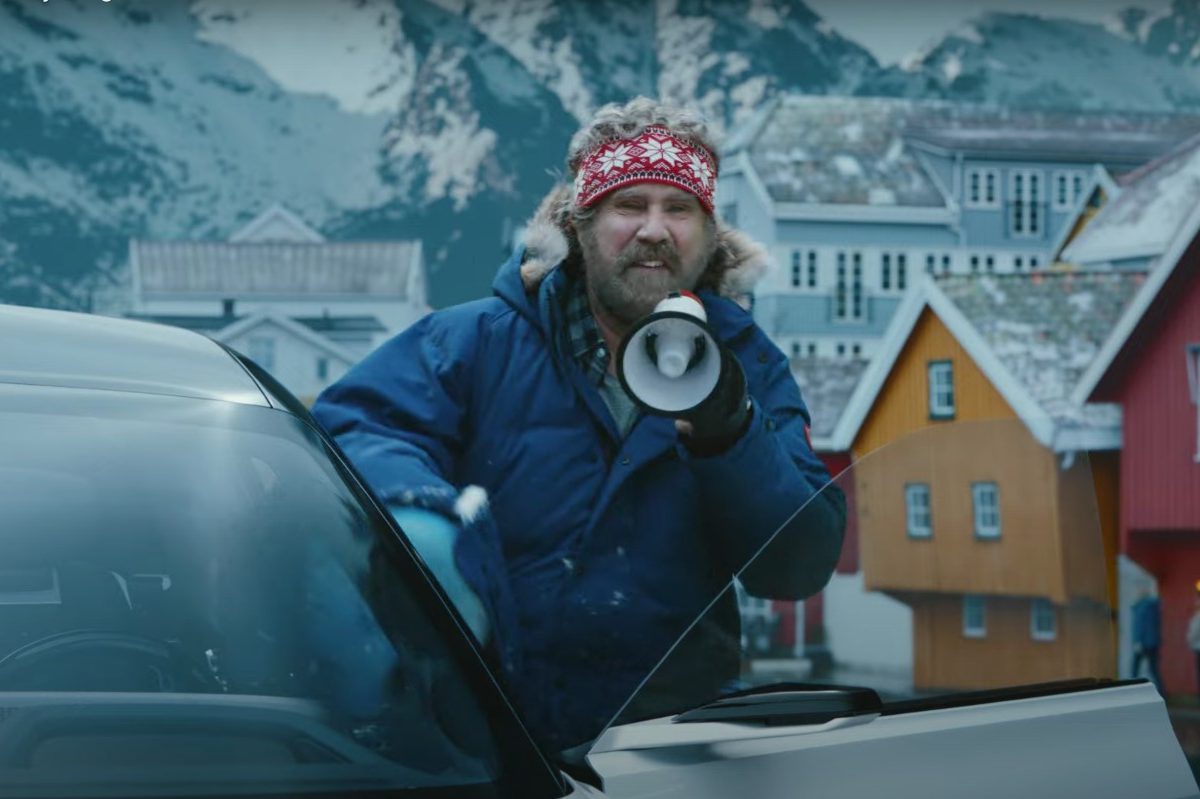 General Motors has long-stood as America’s biggest automaker, occasionally coming to fisticuffs with Toyota and VW for top honors as of late, but owing much of their dominance over the decades to slick marketing that stands in the back corners of buyers’ minds.

We’re talking “Like A Rock,” “The Heartbeat of America,” and in the 21st century, the GM Super Bowl ads that strike a balance between camp and controversy — depending on the year.

We’ll take a quick peak at the three of our favorites before entombing ourselves in front of the TV for this year’s Super Bowl LVI.

Will Ferrell Complains About Norway

Last year was truly the rise of the Detroit automaker’s commitment to an all-electric-vehicle future, and it was spurred by their tongue-in-cheek beef with Norway during the Big Game.

In “No Way Norway,” short of punching drywall, Will Ferrell rants about Norway having the most electric cars per capita, something he won’t let rest too kindly.

The comedian’s penchant for subdued absurdity is on-point here, and Norway even responded in kind. The friendly Norwegian-American rivalry grew to nothing more than an extension of each nation’s humor, a wholesome treat.

Damnit, Dave, Why Didn’t You Drive a Chevy?

One of the key rules in marketing is that any news is good news — well, mostly — but when your cross-town rival is doing the talking for you, then mission accomplished, right?

Zombie and apocalypse movies were the rage in the early 2000s, with the rise of activism for climate change and fuel efficiency, but Chevrolet answered just as they always do with a piece about the venerable claims about building the “longest lasting, most dependable” trucks on the planet.

Except for poor Dave: the man’s only sin was driving a Ford.

The sleight at Dearborn was met with praise by the Bowtie crowd, but Ford was not so pleased. They quickly punted a response demanding that the ads effectively be culled.

General Motors Global Chief Marketing Officer Joel Ewanick responded: “We can wait until the world ends, and if we need to, we will apologize. In the meantime, people who are really worried about the Mayan calendar coming true should buy a Silverado right away.”

Patient parents know that there are subtle ways to drop their spawn into the harsh realities of life, but these two were perhaps too willing to let the joke slide. Youthful enthusiasm and optimism, soon dashed as Mr. Johnson hops into the yellow Camaro and rolls off.

The mini fridge, a literal appliance (not just describing another Toyota, this time), is lost behind the bright yellow Camaro ‘vert, but knowing their peace is about to return after 18 years of raising, they don’t try too hard to change his mind before it’s too late.

About the author: Phillip Thomas