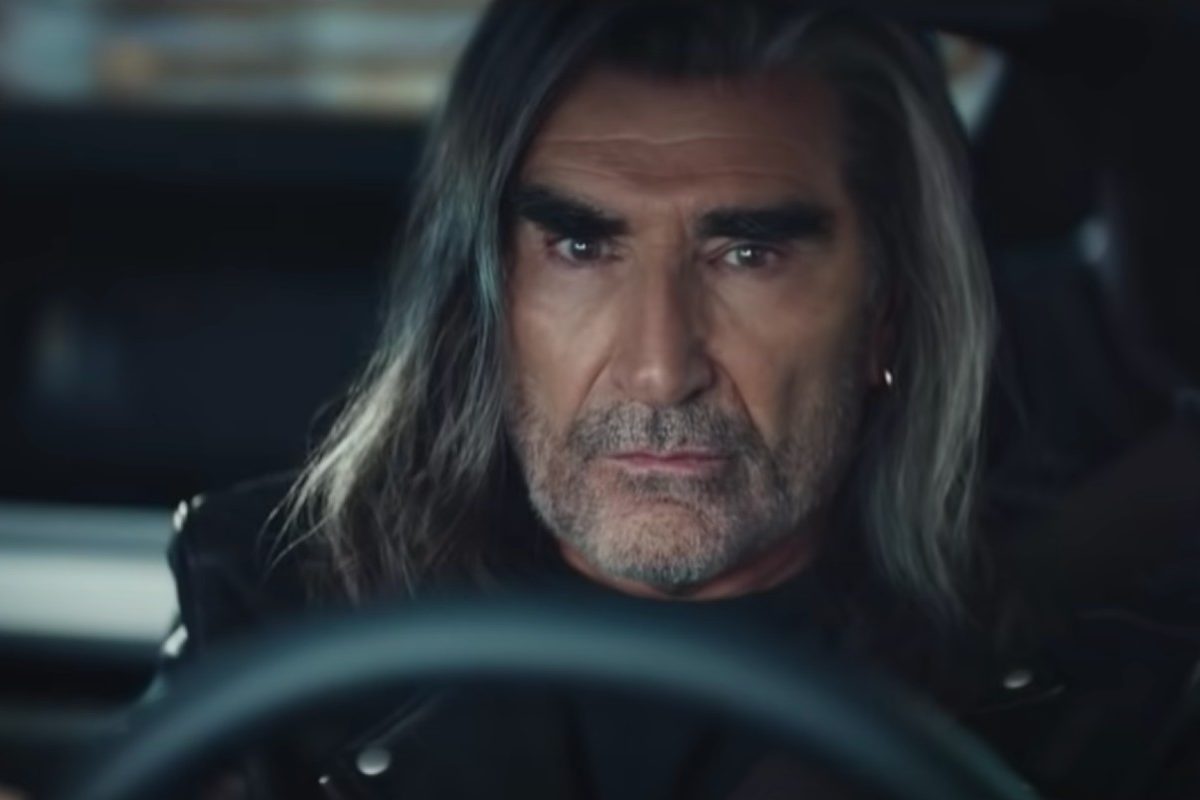 Watch out, Doritos, Budweiser, and Amazon. Nissan is coming for the crown when it comes to the best ad that airs during the Big Game.

Obviously, it’s too early to tell who will take the top spot, but when you throw in sweet cars, A-list actors, and Hollywood special effects, you’re definitely trying to make a statement.

Coming February 13, it’s the action-packed event of the year. Unfortunately, Thrill Driver — starring Eugene Levy, Dave Bautista, and Danai Gurira — isn’t an actual movie. That said, this Super Bowl ad from the Japanese automaker does give off major Fast and the Furious vibes.

From what we can tell from the two teaser trailers released on the Nissan USA YouTube channel, Levy plays a longhaired, tatted-up wheelman named Dragon, while Bautista and Gurira star as The Pointman and The Hotshot, respectively.

The Schitt’s Creek star is behind the wheel of the 2023 Nissan Z, a sports car that is set for a spring 2022 release. The coupe will be stocked with a 400-hp, 350 lb-ft twin-turbo V6 engine, and will have three trim levels: Sport, Performance, and Proto Spec.

While they aren’t featured in the teasers, both actress Brie Larson, a current brand ambassador for Nissan, and the Nissan Ariya electric vehicle are also expected to appear in the full-length Super Bowl LVI ad.

Having debuted in July 2020, the Ariya is an all-electric crossover that will likely go on sale by the end of the year. The 5-door SUV will feature the ProPilot 2.0, Nissan’s new semi-autonomous driving system, is expected to have a 0-60 time of five seconds flat, and will offer up to 300 miles of driving range.

The new car was supposed to hit dealerships last year, but like with pretty much every other industry, the COVID-19 pandemic caused massive delays in the automotive world.