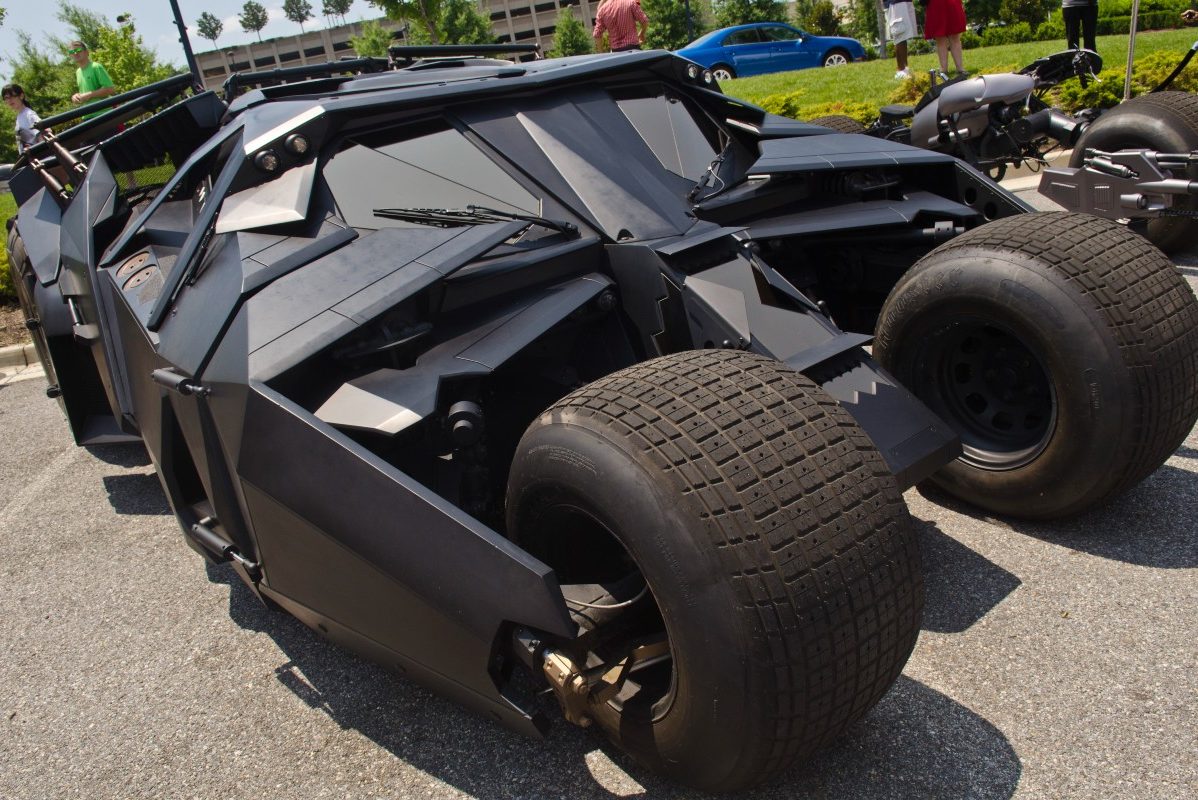 There are many iconic cars in film history. Sean Connery had his Aston Martin DB5 from Goldfinger. Burt Reynolds had his Pontiac Trans Am from Smokey and the Bandit. Christian Bale’s Batmobile Tumbler was the first Batmobile of its kind. The Batmobile has been featured in every Batman movie — even The Lego Batman Movie had one. In the 2005 film Batman Begins, a new version of the classic vehicle was introduced. This one looked less like a sports car or supercar and more like a military vehicle.

Christian Bale’s Bruce Wayne drove a vehicle fit for war. The Tumbler was The Dark Knight’s primary mode of transportation for tearing up the streets of Gotham City at high speeds. Christopher Nolan captured all the key elements of Batman, yet was still able to add some entirely new components to the mythos of The Caped Crusader and his many gadgets.

Batman fans experienced a new kind of wonderment when Bruce’s new Batmobile launched out of The Batcave for the first time. It remained constant through The Dark Knight trilogy. The fierce vehicle was burned into the memories of Arkham’s most terrifying inmates. DC Comics has no shortage of amazing vehicles for their colorful characters, but Bale’s Batmobile is one for the books.

The Awesome Specs of Batman’s Tumbler

Hardly street-legal, the Batman Tumbler was made by one of Wayne Enterprise’s various departments headed by Lucius Fox. The massive tumbler uses four back wheels and two front wheels, all 17 inches. It is outfitted with a ZZ3 small-block Chevy engine. The vehicle was fully operational, reaching up to speeds of 90 MPH on set. In the film, it is powered by a jet engine, which in reality is a hot air balloon burner. The exterior was built so toughly that it could tango with Bane. It also featured a Batpod, an escape cycle for when the vehicle took a beating.

The extremely lightweight Tumbler also features a NASCAR-style rear axle. It runs on a progressive transmission to adjust to different terrain. The super swamper tires are often used for extreme off-roading, which Batman tends to partake in. This thing was built Dark Knight tough and withstood countless jumps by stunt drivers.

It was built by the same folks who designed and brought the original Batmobile to life for the silver screen. Seven total Tumblers were built and featured in The Dark Knight trilogy. The builds ranged from $500,000 to $1,000,000 per build (not exactly a collectible you can buy on Amazon).

Now, you can currently pre-order the LEGO DC Batman Batmobile Tumbler on Lego.com. But, Lego sets aside, replicas of the Tumbler Batmobile are pretty pricey. It may not be the Joker’s Infiniti G35 Vaydor, but Batman’s Tumbler is still nothing to scoff at. Zack Synder’s Justice League movie also featured a Batmobile, but it was far from the behemoth last seen in The Dark Knight Rises. When the new Batman rides, he rides in style.