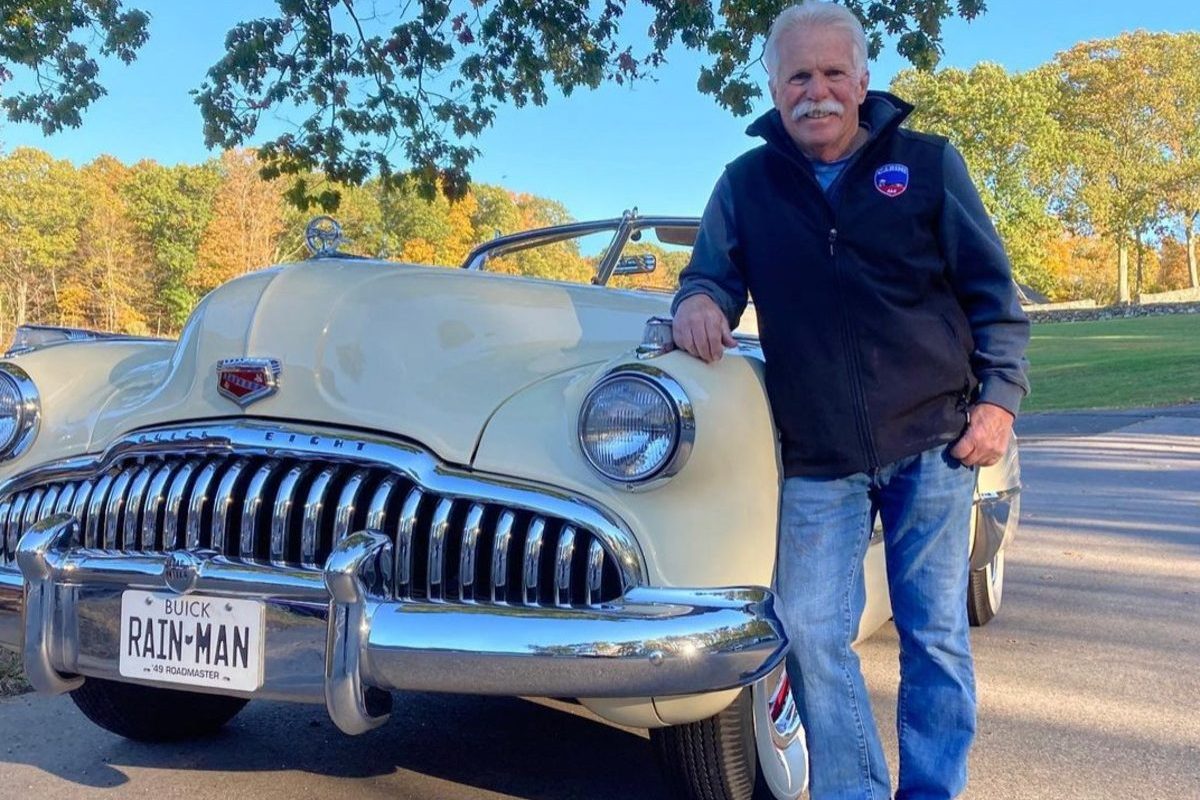 You’ve probably heard of the master car restorer Wayne Carini. He applies his magic touch to all kinds of awesome classics and barn finds. He gained a lot of attention when the television show Chasing Classic Cars first aired back in 2008. The shows gives an inside look at his shop, F40 Motorsports, and the amazing work that they do. Amazingly, they are still producing the TV series after 16 seasons, and it can be found on Motor Trend or the Discovery Channel.

Originally born in Portland, Connecticut, Carini started his automotive career while he was still in grade school. He worked for his father’s collision repair and restoration shop, and it was there that they worked on all kinds of exotic cars and classic vehicles like Packards, Duesenbergs, Ford Model As, Porsches, and so many more. Talk about diving head first into the family business! By the young age of nine, he took his first ride in a 1960 Rosso Chiaro 250 SWB Ferrari. Safe to say this was the event that started his Ferrari obsession. Throughout his years he’s done restorations on rare car collections for the likes of David Letterman, Ivan Lendl, and the DuPont family.

Let’s take look at what Wayne’s been up to for all these years!

F40 Motorsports is Carini’s company that buys and sells collector cars. Their unique vehicles are absolutely top notch. They have a huge selection to choose from, so just about anyone can find their dream classic car here. The vehicles they offer are undeniably more impressive than anything you’d find at a regular car dealership, so it’s worth checking them out if you’re in the market.

With his lifetime of experience, Carini wouldn’t let anything but perfection leave his place of business.

Although Carini has grown F40 Motorsports into a widely known name for many car collectors, it’s actually not the only business he owns. Along with F40, he owns Continental Auto ltd, a collision shop specializing in high-end and exotic car repair.

Wayne also owns Carini Carozzeria, a restoration shop, where spends most of his time. You can see how all of these businesses can feed off of each other, so it’s actually quite smart how Wayne has it all set up.

This car show was originally launched in 2008. It’s done an amazing job showing the world just how passionate Wayne Carini is when it comes to automobiles. The show features an awesome, high-definition inside look into the world of buying extremely rare classics.

Like I said, Carini has been in the automotive world for quite some time now, so he has the ability to peak inside some high-profile client’s garages. The average person would have no chance of knowing one of these vintage collections even exists, but Wayne find his way in and brings everyone along for the exclusive look.

Overall, the show has done quite well for the enthusiast. They’ve aired 13 seasons of the program, with no signs of slowing down anytime soon. Not only has he been featured in this show, but he also starred in the TV show My Classic Car, and even made an appearance on Overhaulin’. He sure knows how to make his way around the industry!

Wayne Carini comes in with an estimated net worth of $20 million. I’d say the TV personality has got plenty in his back pocket for when the next exclusive barn find comes around.

In my opinion, Wayne has done so much for the world of classic cars. It’s really cool to see that his business ventures have rewarded him with plenty of success.

Make sure you check out the latest episodes of Chasing Classic Cars to get updated on his next projects!