Before we got our driver's licenses, we'd play with bottle rockets and Hot Wheels to get that high-speed fix. The only problem with that method was a hefty Hot Wheels repair bill. But, hey, that was just the price of being young and bored. You know, before we were slightly older and still bored, but eventually graduated to ripping donuts in the high school parking lot. Ah, the good ol' days.

Back in 2010, the team over at Nitro Streets took our childhood fascination with tiny cars that went "Zoom!" and turned it up a notch with one epic racing event. These guys brought us the man-who-has-everything's version of our backyard childhood mayhem: quarter-scale gas-engine RC dragsters. These tiny speed demons may sound like a blender strapped to a megaphone, but when they screech off the starting line, you'll want to start saving for one too!

Whoa! Does mini dragster racing look legit or what? You gotta love people with way too much time on their hands. Without them, we wouldn't have these sorts of insane stunt videos that we all live vicariously through during our 9-5 jobs. This definitely beats that cubicle life, that's for sure.

Not to nitpick or anything, but we'd love to see what these things could do against an actual car. Now, THAT'd be something to watch. Even better, how about an NHRA-sanctioned mini dragster vs. full-sized dragster face-off? A balls-to-the-wall extravaganza. Sure, any actual dragster would wipe the floor with the tiny versions, but it sure as hell would, at the very least, be hilarious to watch. Someone's gotta make this happen! 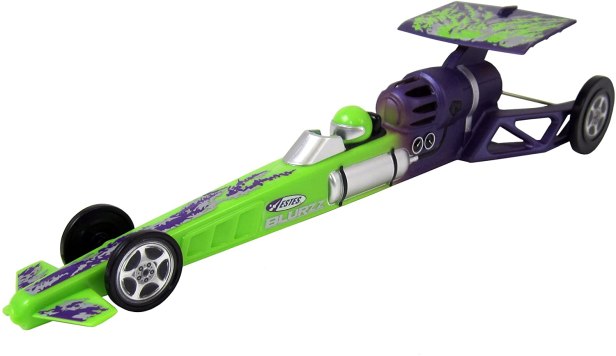