When you?re moving your ice shanty from one spot of a frozen lake to another (a perfectly normal activity if you live anywhere in the upper Midwest), you should probably make sure the ice is solid enough to haul some serious load on. Otherwise, it could all end in serious disaster. Just like it did in the below video.

The Wisconsin man on the receiving end of said disaster, who was probably a little too eager to move his shanty and get it set up in a new spot (and, honestly, who isn?t?), was in for a rude awakening when the ice just couldn?t hold weight of the Cadillac Escalade plus the shanty, which then both proceeded to plummet Titanic-style into icy Lake Michigan. Cue the violins.

Read More: This Mini Cat Mini Dozer Is Absolutely the Best Way to Snow Plow Your Driveway — Just Check It out in Action!

We know it?s a understatement, but this seriously SUCKS. It sucks big time. Sure, you could always just say that the guy got what was coming to him for thinking that he could make it across the thin ice no problem. Everyone knows that the first rule of ice travel is making sure that the ice is completely solid enough before trekking across it. But even still, we wouldn’t wish that fate on our worst enemy.

Hey, on the bright side, at least the driver was able to get out of harm?s way before his ride and his mini home disappeared into the deep blue drink. We?re sure that?s what the guy was thinking during his long trip home, and not the fact that he’s down both an Escalade and a shanty. Way to stay positive, dude! 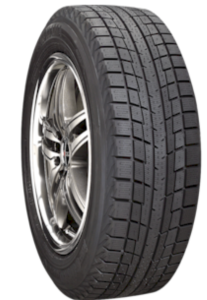