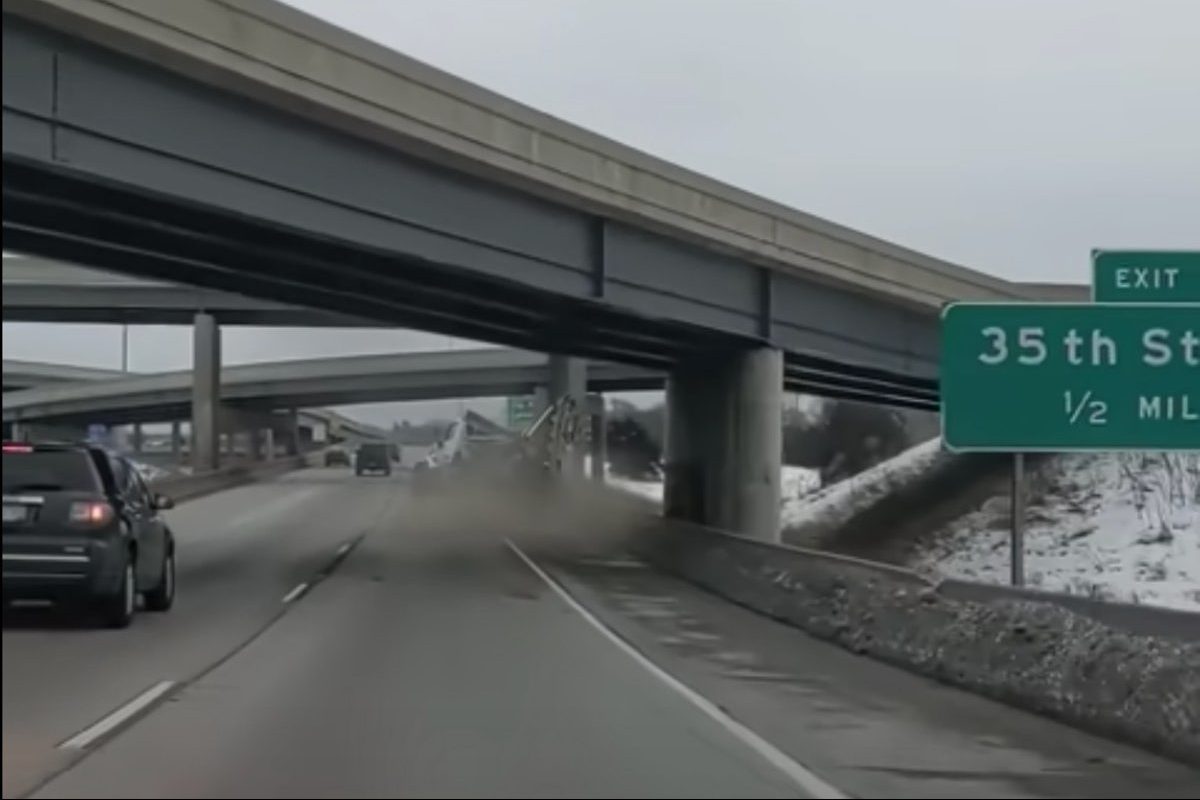 Check out this wild moment on a highway in Milwaukee. While traveling down the road, this trucker forgot to lower the bed of his truck, and he doesn’t exactly even realize that until he slams into a bridge at high speed, which tosses the truck to its side until it skidded to a stop. The driver behind the truck seemed to know that it was going to happen so he began recording on his phone just before the incident took place.

According to the video description, there were multiple people who got on the side of the truck and honked to try and warn the driver, but he didn’t take note and kept on driving anyway. In the video, you can see just how close he was getting to all the signs, but the upcoming bridge had even less clearance. You hear the solid thud of his truck hitting the bridge, and it instantly tips the truck. It skids along the road for a while, and stops sideways on the highway.

Amazingly, even though there were many other cars around, the trucker didn’t hit any of them, and he was actually all right after this crash. The driver even ended up finding his phone about 100 feet down the road, still in working order. He’s going to need that to give his company a call, and I’m going to safely assume they’re not going to be thrilled about this one. This is why it’s so important to be on top of safety when operated a big truck like this. A simple mistake can turn into an extremely dangerous situation in a split second.

This is the kind of thing that can make you lose a CDL, but if he did manage to get a second chance at driving again, I’d hope this was enough to make him learn a thing or two. Always make sure to tilt the bed back down. There have been numerous videos showing instances like this, and it’s not a scenario a driver ever wants to be in, so double check next time you hop in the driver’s seat of that work rig.