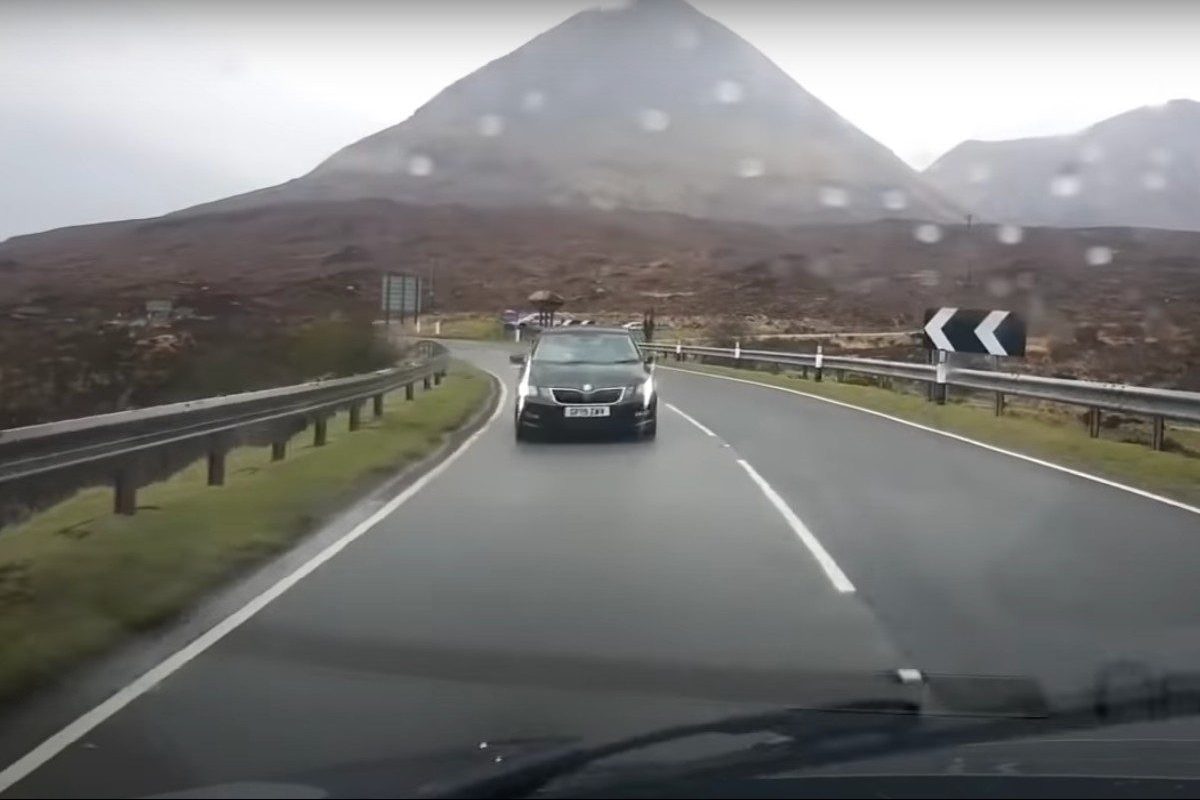 With all of the countless crash videos on the internet, it’s easy to get desensitized by the absolute craziness that occurs on roadways throughout the world on a daily basis.

When you see footage of a car speeding toward another car, you’re pretty much programmed to think that it’s going to end in an explosive crash. But, every once and a while, a situation that’s sure to end in disaster turns out to be a near-miss, usually due to some quick-thinking on the part of vigilant driver. Fortunately, for one motorist passing through Isle of Skye, Scotland, what could have been a head-on collision turned into a split-second swerve to safety.

Read More: This Speeding Truck Came in Like a Wrecking Ball and Completely Demolished a Pulled-Over Vehicle

“I was traveling alone on my way home from work, going around a corner with a restricted view when I was suddenly faced with an oncoming car,” writes the dashcam owner in the video’s description. “My heart certainly jumped a beat. I hit the brakes but they didn’t move at all so I took the split-second decision to swerve. I’m just lucky they didn’t swerve and there was nothing else coming. I may have appeared calm, but it certainly gave me a hell of a fright.”

Now, it’s a pretty safe bet to assume that the driver responsible for that impromptu game of chicken was likely from America, given that folks from most other countries are used to driving on the left side of the road. If he did happen to be from Scotland, then maybe he enjoyed a few too many cold ones at lunch that day.

Either way, he’s lucky that at least one driver on the road that day was paying attention, or else he could’ve ended pretty damn badly for everyone.